3937 A Novel Early Relapse Prediction Score Based on Age, ISS and Disease Status at the Time of Transplant in Patients with Newly Diagnosed Multiple Myeloma. a Study of the EBMT Chronic Malignancies Working Party

Study design and statistics: Within the EBMT database, there were 8,206 patients meeting the following eligibility criteria: First auto transplant 2014-2019, Known sex, ISS at diagnosis, cytogenetics analysis at diagnosis, disease status at Auto-HCT, Interval diagnosis-Auto-HCT > 1 month and <= 12 months, conditioning with Melphalan 200 mg/m2 and known information on relapse; tandem auto-allo patients were excluded. The analysis consisted of two steps: (1) Training: modeling based on 4,389 patients (611 events for PFS12) transplanted between 2014 and 2017, with internal validation carried out by bootstrapping; and (2) Testing: the models obtained were applied to 3,817 patients (346 events for PFS12) transplanted in 2018 and 2019 for external validation. The characteristics of the two cohorts are first reported separately and then together (Table 1). Possible adjustment factors analyzed for the prognostic model included Age at Auto-HCT, Known sex, ISS at diagnosis, disease status at Auto-HCT, and time from diagnosis to Auto-HCT. Complete cytogenetic information was not available at the time of this analysis and will be included in the later analysis. The shape of the effect of age and of time from diagnosis to Auto-HCT was investigated both by the analysis of residuals and by applying boot-strap backward selection among different alternatives. The final results were confirmed in a robustness analysis excluding patients undergoing tandem Auto-HCT.

Discussion and conclusion: The new EBMT score to predict early relapse post-Auto-HCT uses the easily available variables of age and ISS stage at diagnosis as well as the dynamic variable of response to induction. With this simple approach, we were able to clearly identify patients at high risk of early relapse. To our surprise, older age emerged as a protective factor against relapse. This may reflect a relative selection bias in that older patients with higher risk disease may not have been selected for transplant. Impact of cytogenetics will be presented at the Congress. In conclusion, this novel scoring system is robust and easy to use in routine daily practice. 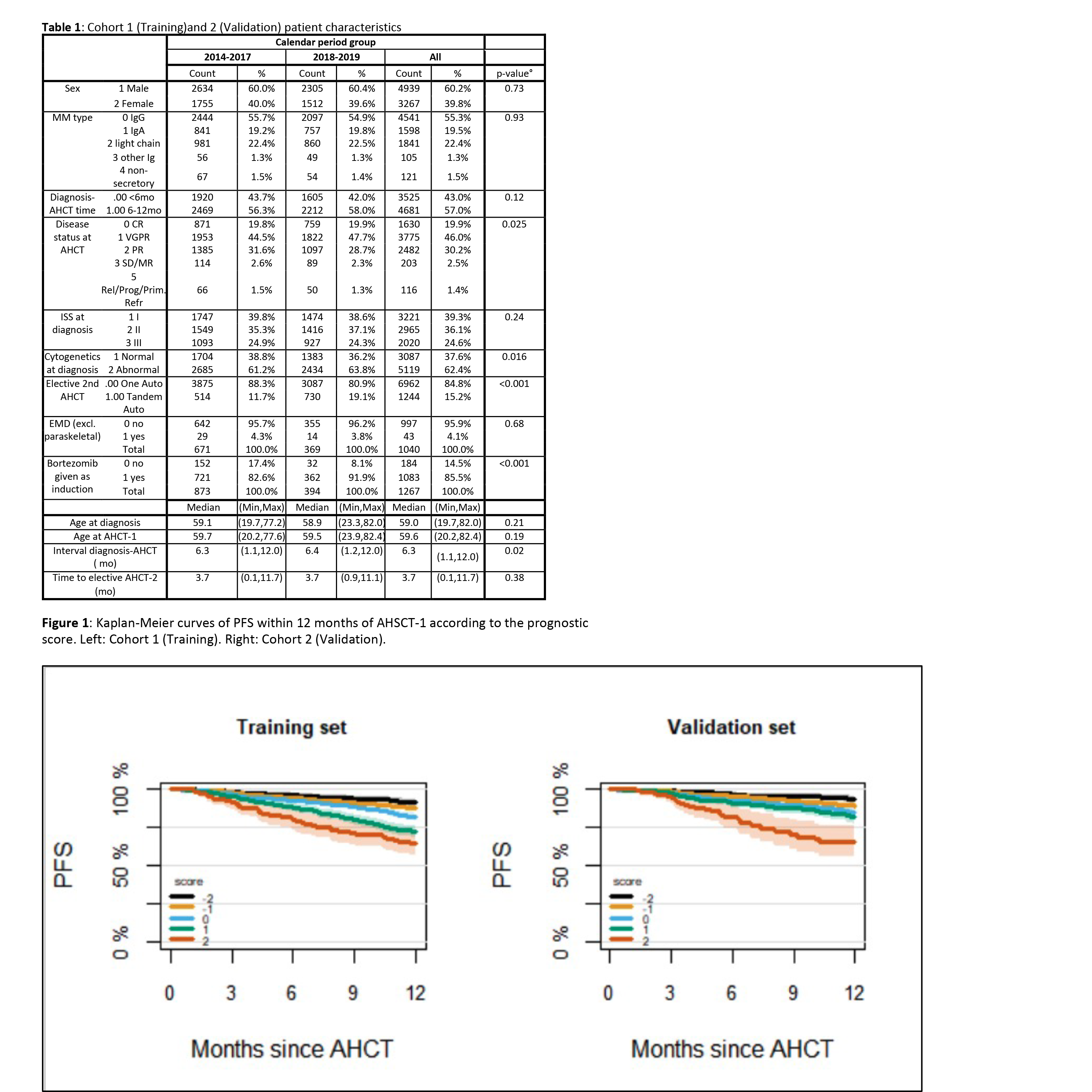