Among all PFS24 pts at baseline, problems were reported with mobility (28.1%), self-care (12.6%), usual activities (41.8%), pain/discomfort (62.7%), and anxiety/depression (48.8%); these rates were 2.2–4.7 times higher than the gen popn based on age- and country-standardized values. Compared with the gen popn, after pts reached PFS24, pain/discomfort was 10% lower, whereas anxiety/depression was 34% higher and other QoL items were approximately 20% higher.

Conclusions: Most of the clinical course of 1L DLBCL occurred ≤2 years after start of treatment. In DLBCL pts with IPI 2–5 achieving PFS24, mortality was similar to the gen popn, and with the exception of mental health metrics, QoL scores were also similar to the gen popn. Late relapse (≥2 yrs) was associated with better post-relapse survival than early relapse (<2 yrs); however, this was inferior to the gen popn. Health state utilities improved whilst patients were relapse-free but the decline in QoL after early relapse was worse than after late relapse. 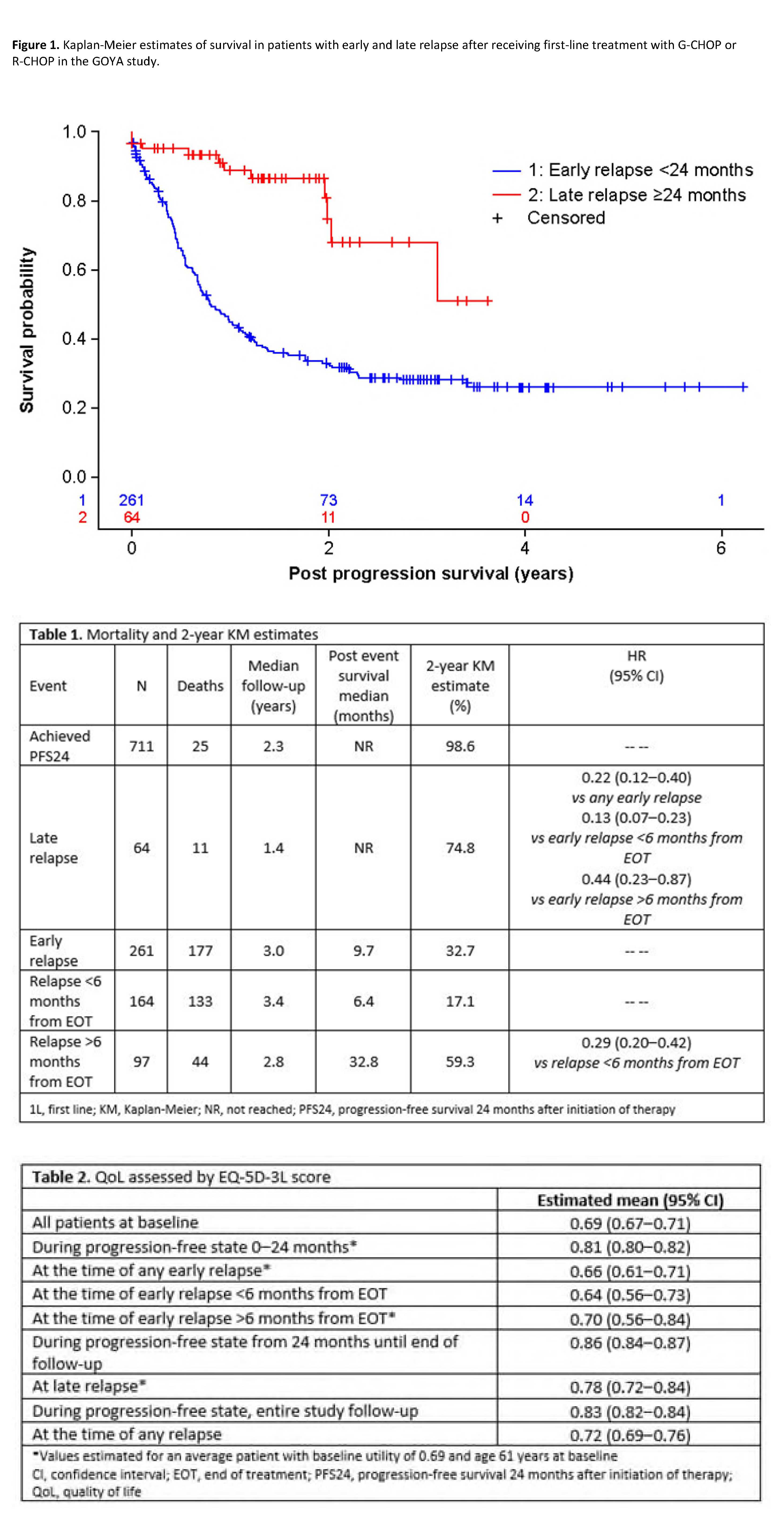