Although the median age of patients with newly diagnosed multiple myeloma (MM) is 70-74 years, recruitment of frail older patients to clinical trials is poor. The International Myeloma Working Group (IMWG) frailty score predicts survival, adverse events and treatment tolerability using age, the Katz Activity of Daily Living, the Lawton Instrumental Activity of Daily Living, and the Charlson Comorbidity Index, rather than age alone. Despite IMWG score prognostic biomarker capability, to date no evidence exists of its predictive biomarker potential. The UK-MRA Myeloma Risk Profile (MRP) has also been shown in both clinical trial and real-world populations to be a prognostic biomarker in transplant ineligible patients but prospective comparisons of the two scores have not been previously conducted.

1) to compare early treatment cessation (<60 days from randomisation) between patients randomised to standard (reactive) and frailty-adjusted (adaptive, based on IMWG score) induction therapy delivery with the triplet ixazomib, lenalidomide and dexamethasone (IRd)

The FiTNEss trial is designed as an all-comers study with few exclusion criteria other than necessary for safety including some haematological and biochemical parameters, but there is no exclusion based on renal function. Patients with grade 2 or greater baseline peripheral neuropathy, current systemic infection or recent surgery or other cancer are excluded. Here we report the demographics for the first patients recruited, including IMWG frailty assessments and MRP to demonstrate the feasibility of recruiting frail patients to randomised phase III clinical trials.

The FiTNEss trial demonstrates the feasibility of recruiting older, less fit patients to clinical trials. Recruitment of patients classified as FRAIL was very high despite the COVID pandemic, likely due to the all-oral nature of the regimen under investigation enabling patients to avoid attendance at hospital day units for treatment and associated exposure risk. In the population recruited to date we found age to be a key contributor to the FRAIL category of the IMWG frailty score. Concordance between IMWG frailty score and MRP was highest in FRAIL/High-risk patients. The first interim analysis of the primary objectives is planned when 50% of required participants for R1 have reached 60 days post R1, which is anticipated in Q2 of 2022. 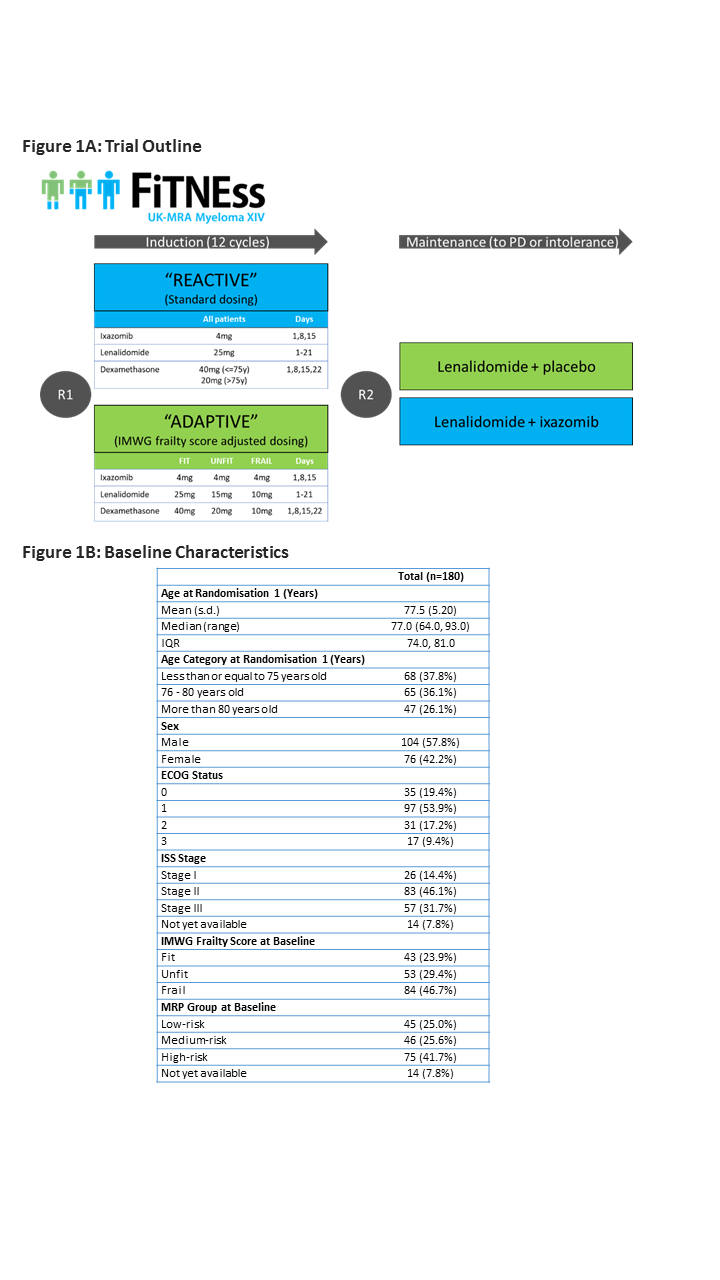