Salvage therapy with high dose chemotherapy and hematopoietic stem cell transplant (HDC/SCT) is recommended for eligible patients (pts) with relapsed/refractory (R/R) PTCL. The majority of studies have reported outcomes from the point of SCT, with limited data available in those where there is an ‘intention to transplant’ (ITT). We evaluated the outcomes of R/R PTCL from the time of first relapse/progression in patients intended for SCT.

The BC Cancer Lymphoid Cancer Database was reviewed and pts ≥ 18 years with relapsed or refractory nodal PTCLs (R/R PTCLs) including systemic anaplastic large cell lymphoma (ALCL), angioimmunoblastic T-cell lymphoma (AITL) and PTCL-not otherwise specified (PTCL-NOS). ITT was assessed from documentation in clinical records. Outcomes were assessed from the time of first relapse or progressive disease (PD) and from the time of SCT.

Overall, outcomes in the ITT R/R PTCLs remain suboptimal with long-term survival in about only 1/3 of pts, but over half are alive at 5 years if they are able to receive a SCT, with similar results in the modern era using second-line GDP chemotherapy. A third line of therapy may be a successful bridge to SCT and novel agents should be considered in this setting. Despite higher proportion of refractory pts, results are encouraging for pts able to receive an allo-SCT. 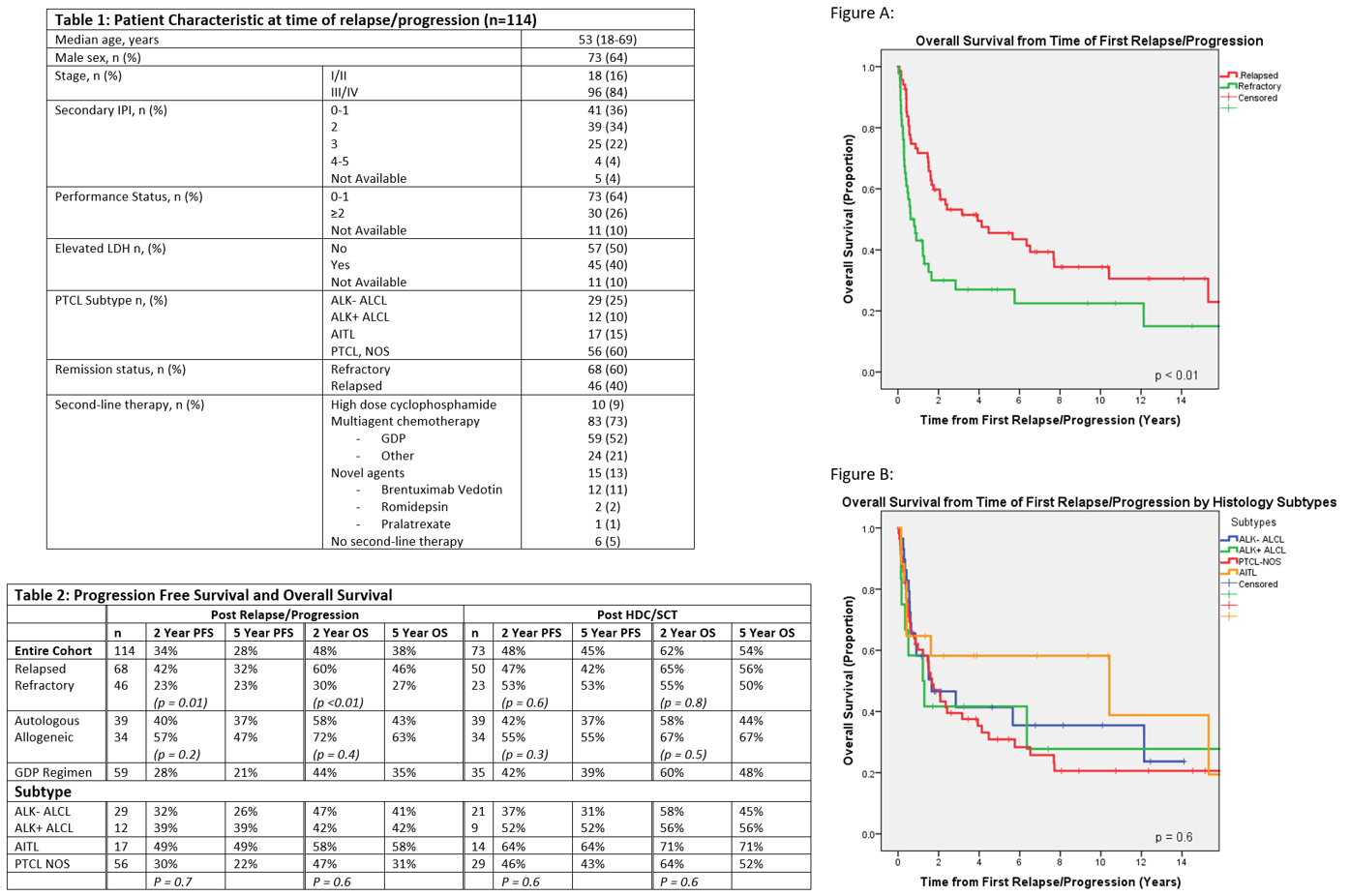