The direct oral anticoagulants (DOACs) including apixaban, dabigatran, edoxaban, and rivaroxaban are increasingly utilized for the management of venous thromboembolic disease (VTE) and/or non-valvular atrial fibrillation (NVAF). Adding aspirin (ASA) to warfarin or DOAC therapy increases bleeding risk. Patients on combination therapy with ASA and an anticoagulant were not well represented in clinical trials comparing DOACs to warfarin. We sought to compare bleeding and thrombotic outcomes with DOACs and ASA compared to warfarin and ASA in a non-trial setting.

We conducted a retrospective registry-based cohort study of adults on DOAC or warfarin therapy for VTE and/or NVAF. Warfarin treated patients were followed by six anticoagulation clinics. Four out of the six clinics contributed data on their patients that were on DOACs in the Michigan Anticoagulation Quality Improvement Initiative (MAQI2) from January 2009 to June 2021. Patients were excluded if they had a history of heart valve replacement, recent myocardial infarction, or less than 3 months of follow-up. Two propensity matched cohorts (warfarin+ASA vs DOAC+ASA) of patients were analyzed based on ASA use at the time of study enrollment. The primary outcome was any new bleeding event. Secondary outcomes included new episodes of arterial or venous thrombosis, bleeding event type (major, fatal, life threatening, central nervous system, and non-major bleeding), emergency room visits, hospitalizations, transfusions, and death. Random chart audits were done to confirm the accuracy of the abstracted data. Event rates were compared using Poisson regression.

For patients on a DOAC versus warfarin with ASA for atrial fibrillation and/or venous thromboembolic disease without a recent myocardial infarction or heart valve replacement, bleeding and thrombotic outcomes were similar. 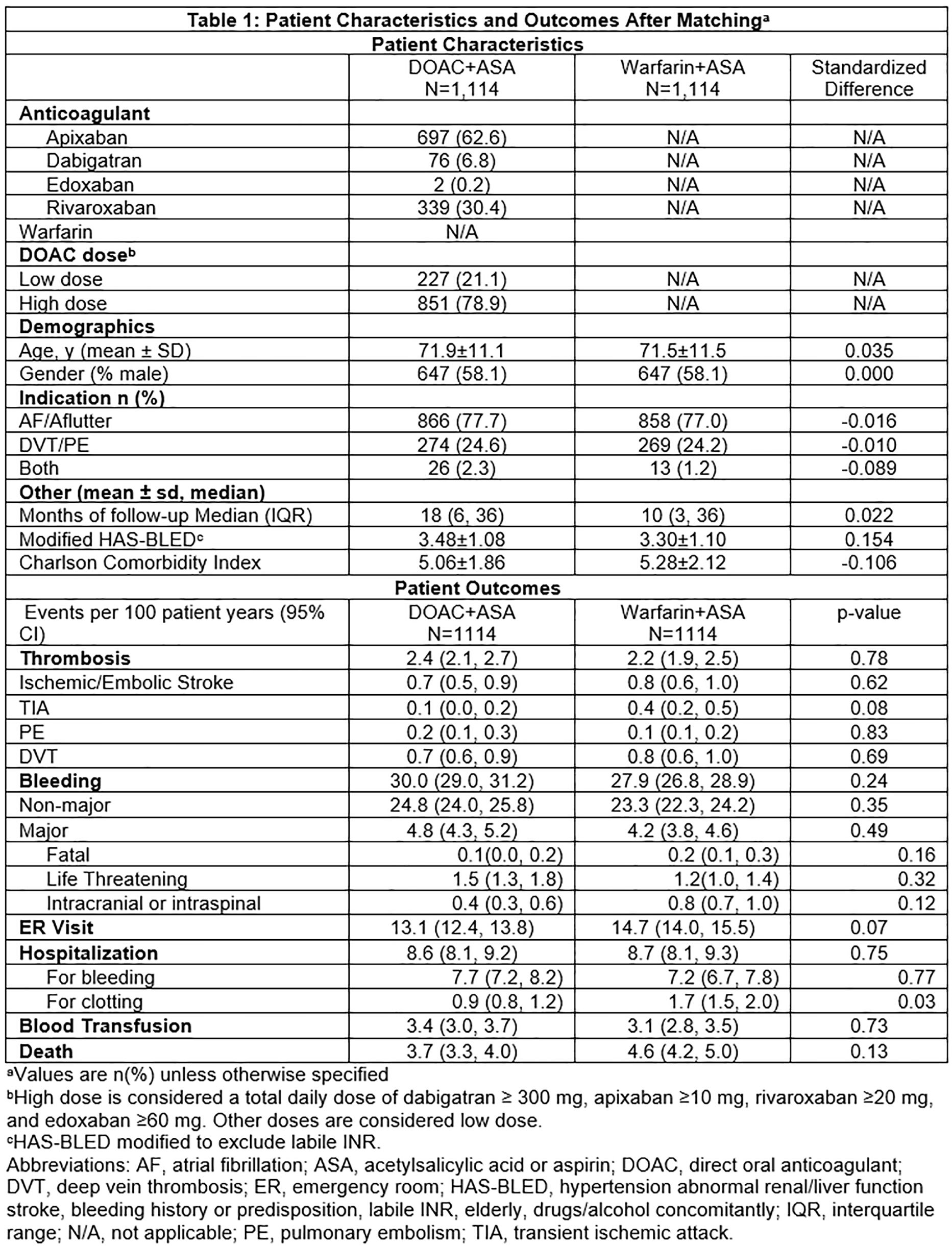