1497 Community Versus Academic Practice in Essential Thrombocythemia and Myelofibrosis: Differences in Clinical Characteristics, Diagnosis, Treatment Patterns, and Symptom Burden (Analysis of Data from the MOST Study)

Methods: Eligible patients had high-risk (HR) (≥60 years of age and/or thromboembolic history) or low-risk (LR) ET (if receiving ET-directed therapy [not including aspirin only]); patients with MF (≥18 years of age) had LR MF or intermediate-1 (INT-1)–risk (INT-1R) MF by reason of age >65 years alone. Baseline data regarding demographics, diagnosis, treatment, and symptom burden were collected as previously characterized (Yacoub A. Clin Lymphoma Myeloma Leuk. 2021;21:461–69); this analysis compared data from 24 ACs with those from 82 CCs.

Conclusion: These real-world data from MOST demonstrate that care was generally similar between ACs and CCs. Although there were key statistical differences in demographics (eg, age, ethnicity, and education level), disease features, and treatment history, the clinical significance of these differences remains unclear. Some of these differences (eg, demographics), however, could be attributed to the geographic location of the enrollee. Nevertheless, the older population and significant minority populations observed in CCs may represent a key population for clinical trial recruitment. Further investigation into these differences will help assess and enhance ET and MF disease management across sites. 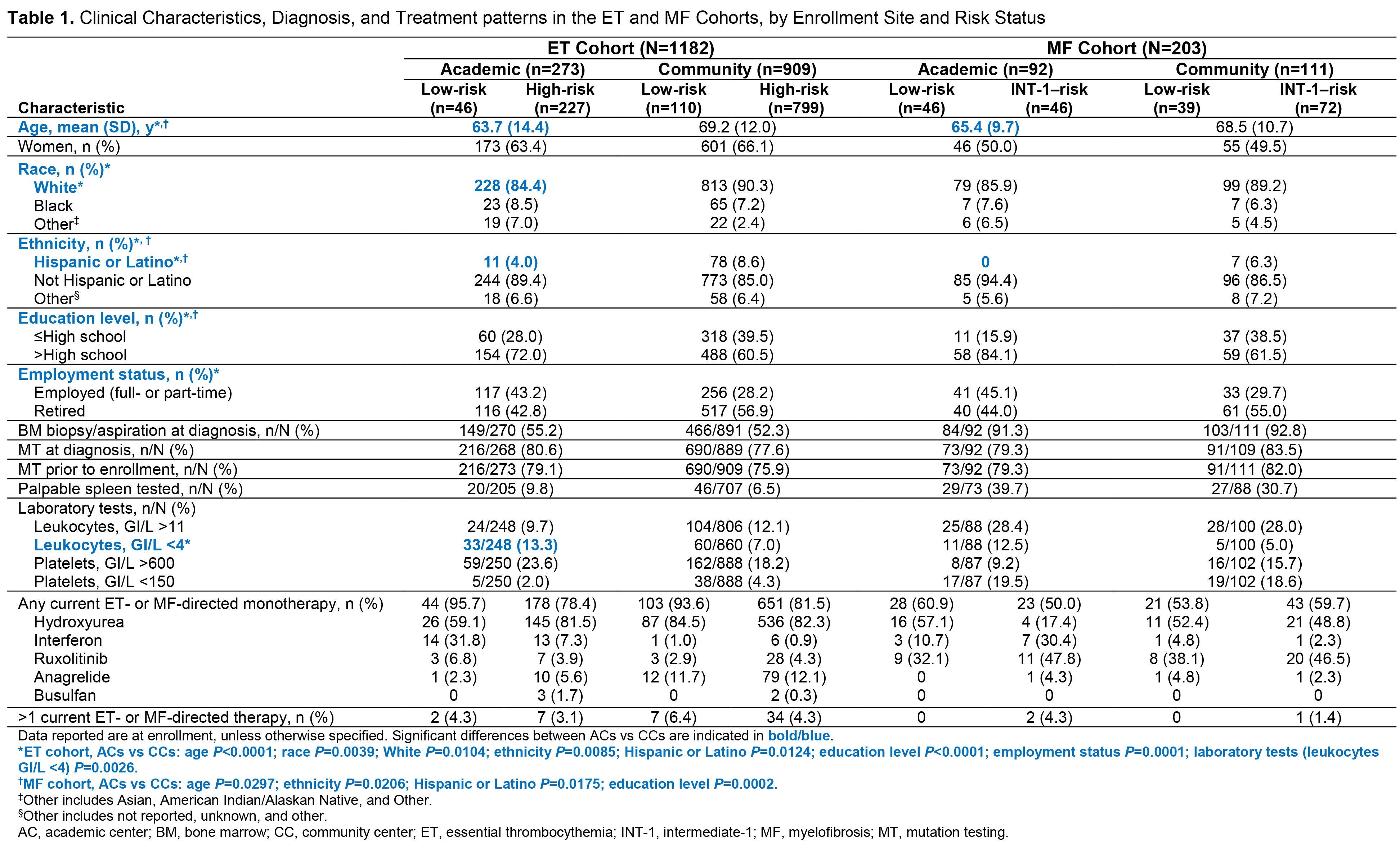