Unprecedented depth of response is observed with quadruplet combinations in newly diagnosed multiple myeloma (NDMM). The incremental benefit of autologous hematopoietic cell transplantation (AHCT) in this setting has not be described and can be appraised with the serial assessment of minimal residual disease (MRD). Here we describe the impact of AHCT on MM burden assessed by next generation sequencing (NGS) for patients enrolled in the MASTER trial.

An ultrasensitive quantitative MRD assay using NGS demonstrates the incremental benefit of AHCT in the context of highly efficacious quadruplet induction. The greatest impact is afforded to the highest risk disease subset elucidating the biologic underpinnings of the impact of AHCT in MM. At this time, AHCT should remain an integral part of therapy for fit, NDMM patients, particularly those with the high-risk disease and those who remain MRD positive after induction. Future studies exploring AHCT deferral in NDMM should be focused on patients who are MRD negative post optimal induction. 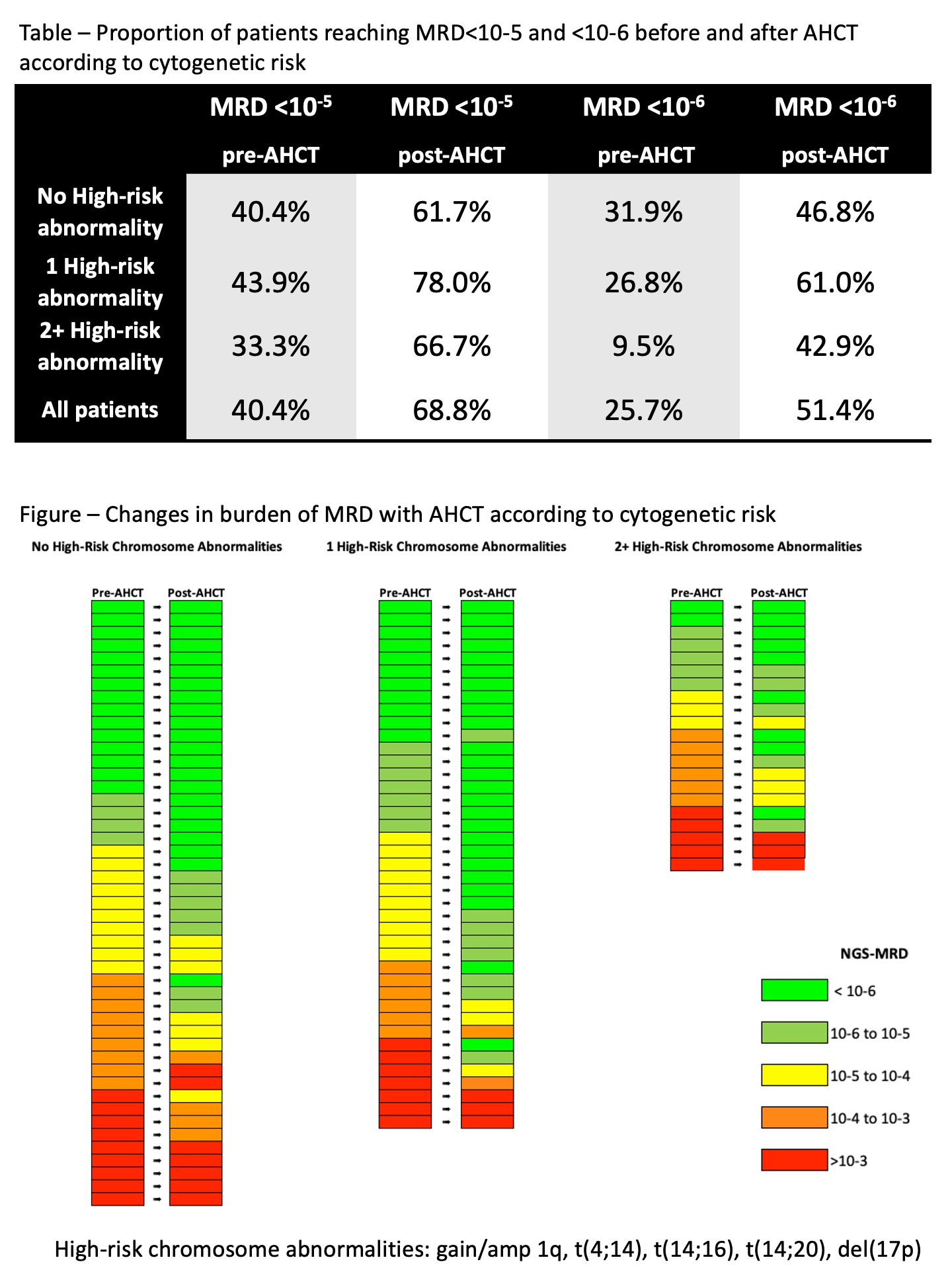