Conclusions: The five –year RI was higher and transplantation outcomes significantly inferior in pts with AML undergoing AutoSCT but who received two lines of chemotherapy to achieve CR1. Such pts may benefit from additional novel therapies in the conditioning or post-AutoSCT or be considered for allogeneic transplantation in an attempt to reduce their high RI and improve outcomes. 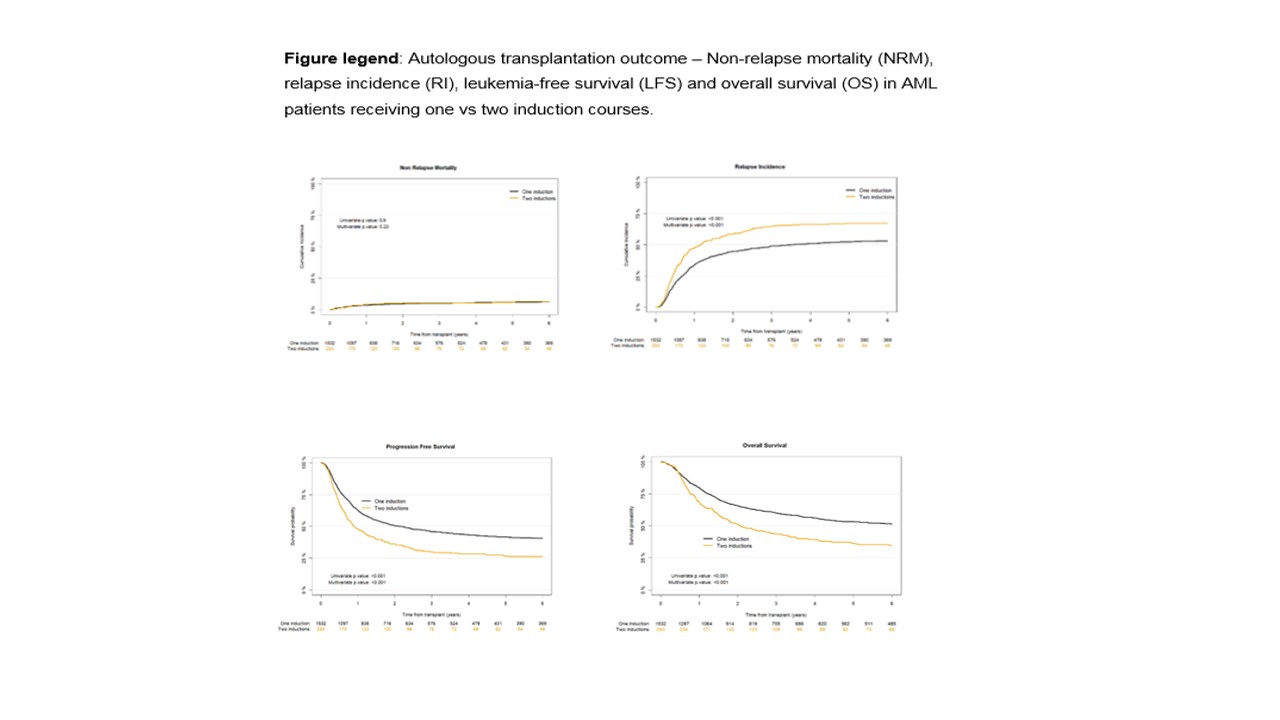