Conclusions: Outcome of AML pts undergoing HSCT from a 9-10/10 MUD in CR with PTCy as GVHD prophylaxis, are similar to previous reports using conventional GVHD prophylaxis with 26% of pts developing aGVHD ,34% cGVHD and NRM of 17%. These results are also similar to those we previously observed in pts undergoing HSCT from UD with PTCy while in CR1. 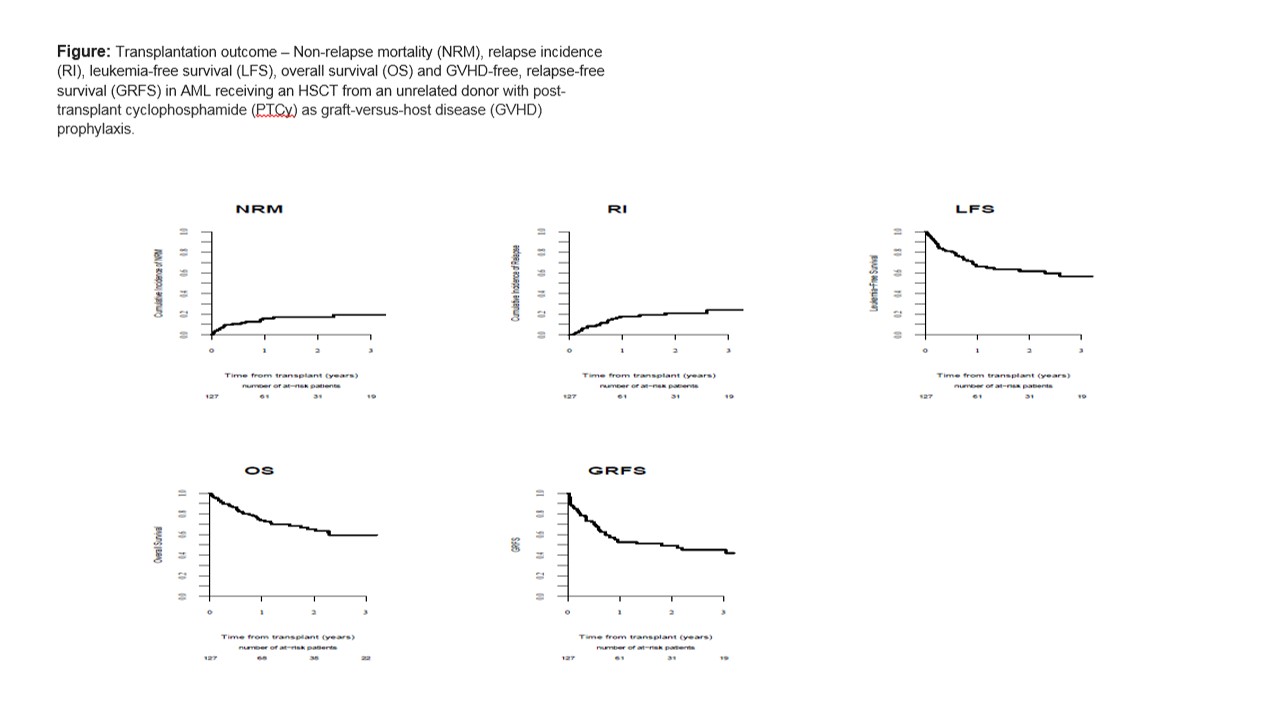