Allogeneic hematopoietic stem cell transplantation (allo-HSCT) is a potentially curative treatment for myelodysplastic syndrome (MDS) but is associated with high non-relapse mortality (NRM). Its use was originally limited to younger patients eligible for myeloablative conditioning (MAC). Introducing reduced-intensity conditioning (RIC), such as a combination of fludarabine with reduced doses of busulfan (Flu/Bu2), increased the number of elderly patients suitable for allo-HSCT. Additionally, a combination of fludarabine and myeloablative doses of busulfan (Flu/Bu4) was developed to retain the antitumor activity of MAC and reduce the NRM to the level of RIC. However, few published reports have compared Flu/Bu4 and Flu/Bu2 in patients with MDS. We thus retrospectively performed a nationwide study to compare the outcomes of Flu/Bu4 and Flu/Bu2 in MDS patients undergoing allo-HSCT. 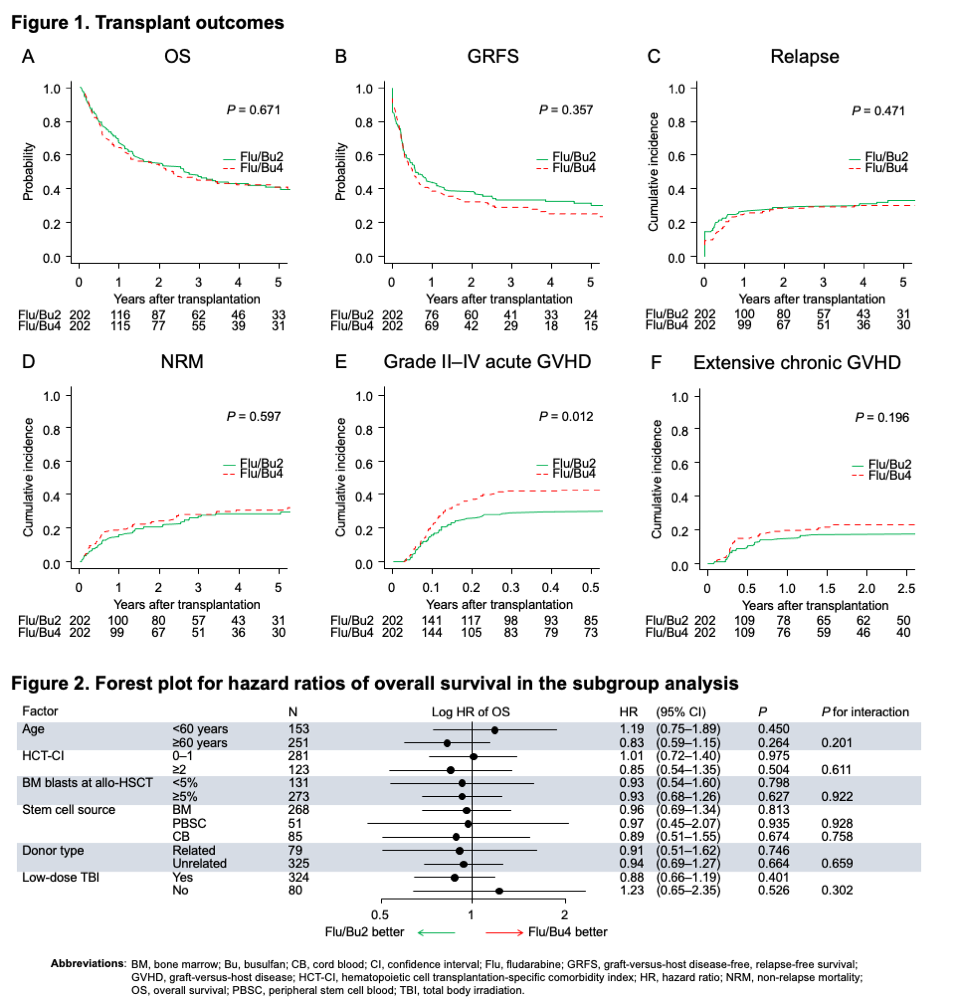