Questionnaires were sent to all members of the PTWG. Information on protocol level regarding PEGasparaginase dose, dosing regimen (e.g. dosing frequency, total number of doses, PEGasparaginase-free intervals(s)), administration route, total induction and post-induction hypersensitivity rates per protocol and per risk group and use of therapeutic drug monitoring (TDM). To facilitate comparison between protocols with and without TDM, we defined allergic reactions as the sum of allergies and allergic-like reactions. Silent inactivation was analyzed separately.

A total of 5880 patients with newly diagnosed ALL, aged 1 to 24 years old, were enrolled in seven different upfront ALL protocols using PEGasparaginase as first-line treatment. The overall incidence of allergic reactions along with 95% confidence interval (CI) were 9% [6%; 13%], 2% [1%; 3%] and 8% [5%; 11%] in the overall protocol, induction and post-induction, respectively (Figure 1). Severity of allergic reactions were described, according to the CTCAE version 3.0 or 4.03, per protocol. 47% of the reactions were classified as grade 3/4. 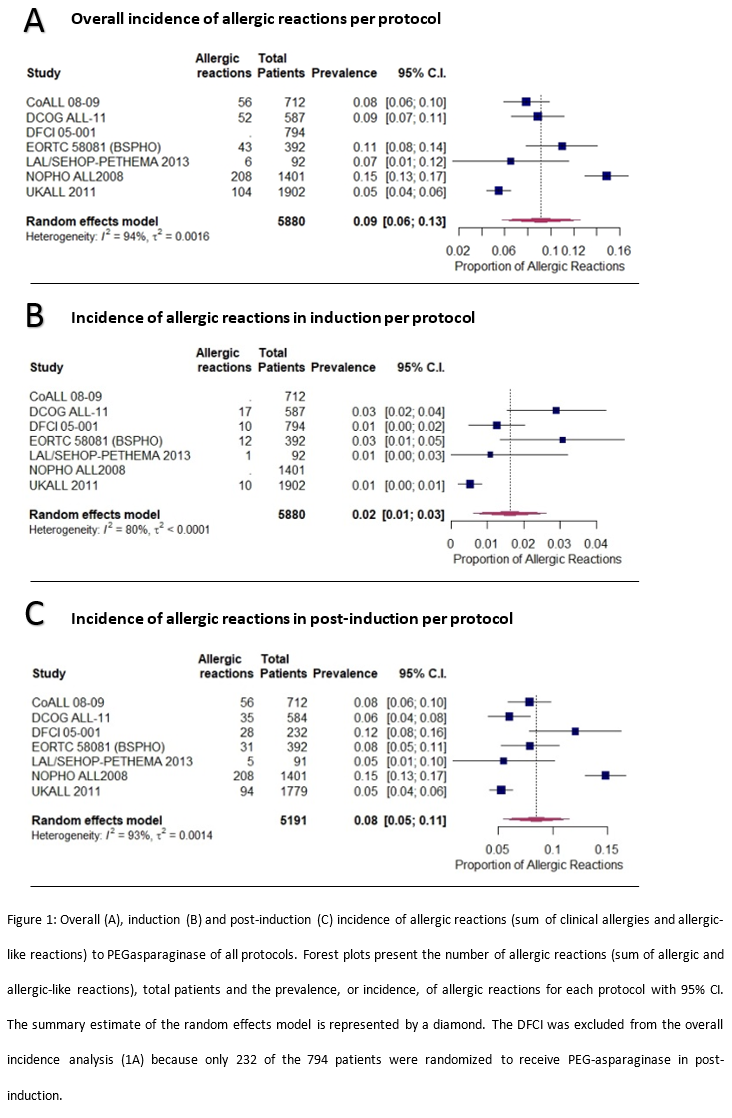