2919 HLA-B Leader Dimorphism Impacts on Outcomes of HLA-Matched Related/Unrelated Transplantation: Analysis of the Japanese Society for Transplantation and Cellular Therapy

Conclusions: MM HLA-B leader genotype is a risk factor for worse OS and higher NRM compared to TT genotype in HLA matched related and unrelated HCT, particularly MDS and ALL patients in the study. On the other hand, CMV reactivation could be favorable for OS and NRM in MM leader patients suggesting that promoting NK cell reconstitution and education due to CMV reactivation might benefit MM leader patients. 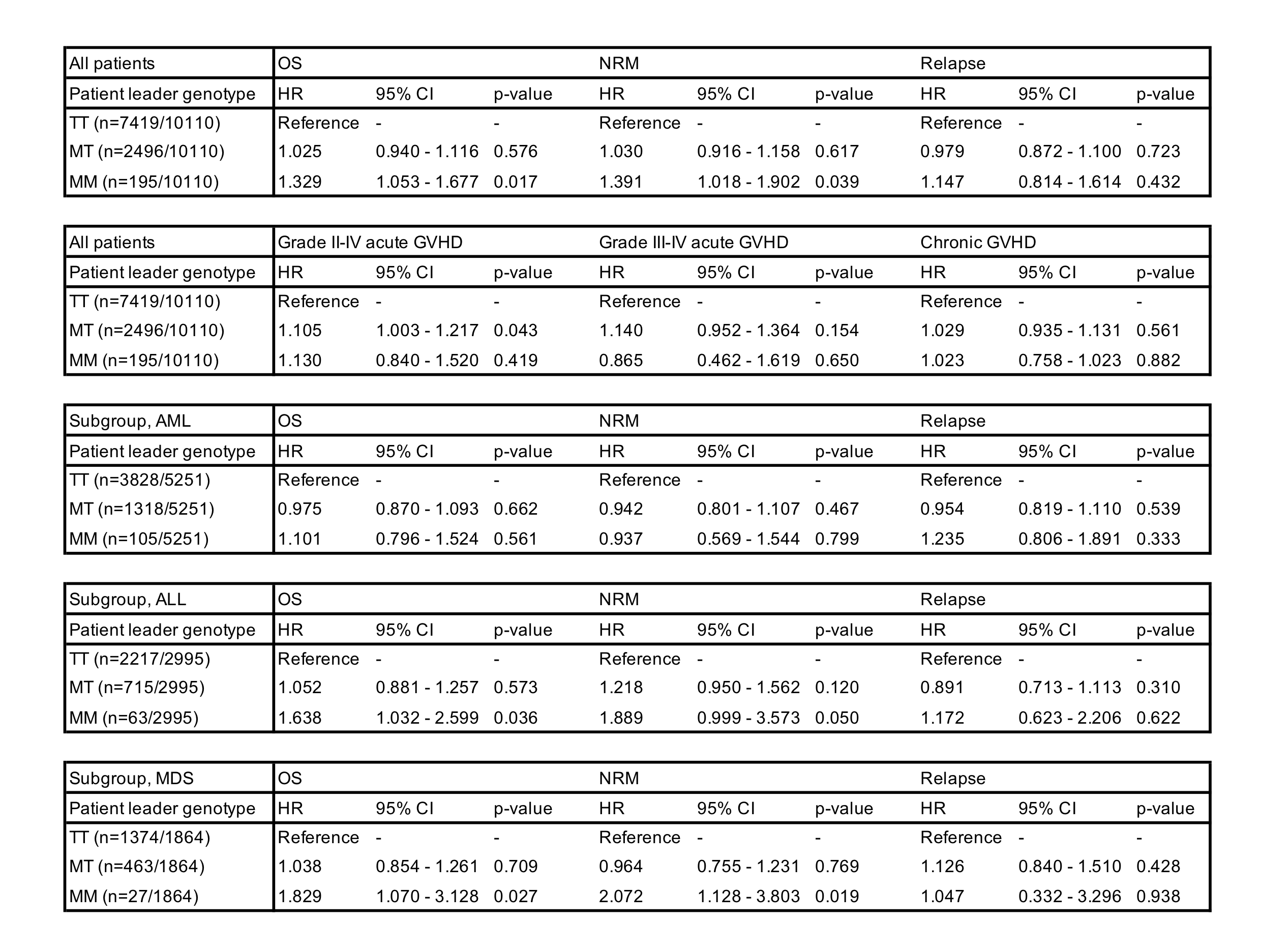