Background: Outcomes of Haploidentical transplantation (HaploSCT) in adult patients (pts) with acute relapsed/refractory lymphoblastic leukemia (Rel/Ref ALL) are comparable to unrelated donor transplants. We have recently reported that results of HaploSCT for ALL in remission are not significantly different from those receiving transplants from matched sibling donors (MSD). However, results may differ in ALL pts with active disease.

Aim: To compare outcomes of HaploSCT and MSD transplantations in pts with Rel/Ref ALL.

Methods: We retrospectively analyzed adult patients (≥ 18 years) with Rel/Ref ALL who underwent their first transplantation between 2012 and 2020, either from a T cell replete Haplo or MSD donor. Multivariate analysis (MVA) adjusting for differences between the groups was performed using the Cox proportional- hazards regression model.

Conclusions: Two-year OS of Rel/Ref ALL pts undergoing MSD transplants is significantly better than in HaploSCT with a higher NRM with the latter. Both procedures are hampered by high (50-~60%) relapse rates which interestingly, did not differ between HaploSCT and MSD transplants. The emerging humoral and cellular immunotherapies recently approved for ALL may enable reduction of post transplantation relapse and thus improve transplantation outcomes for Rel/Ref ALL. 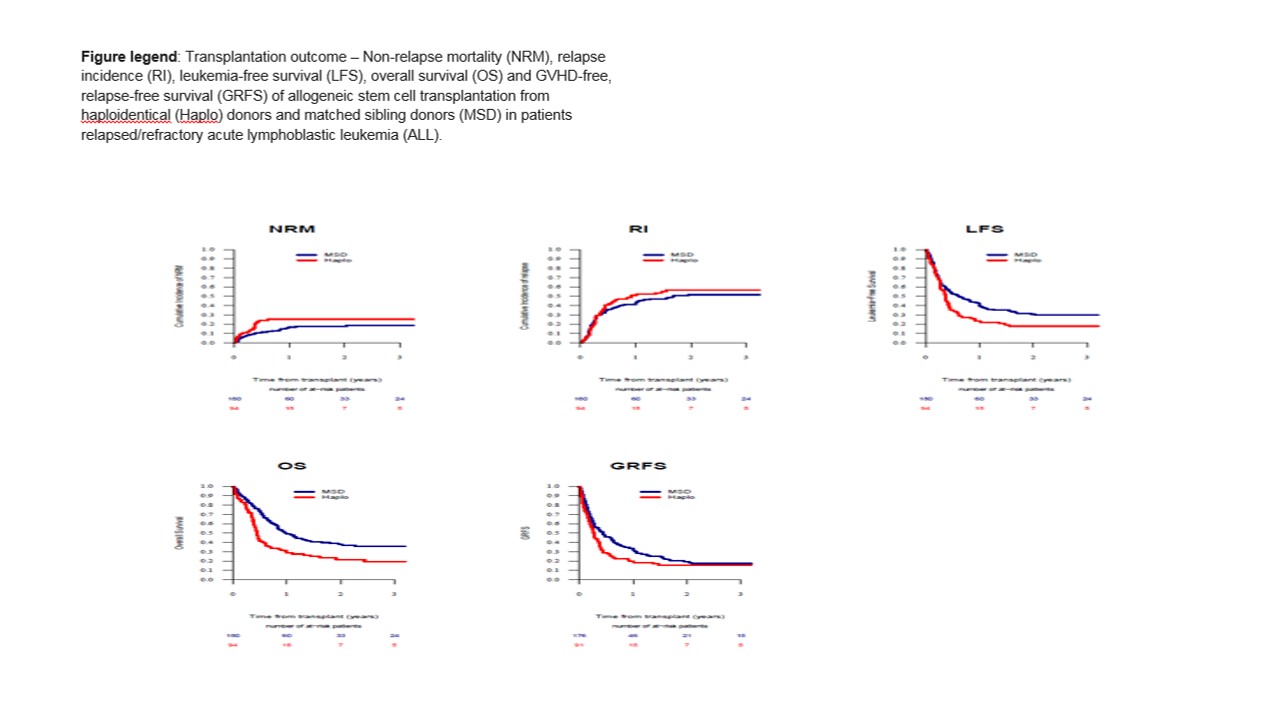