Background: The DEAD-box helicase 41 (DDX41), an RNA helicase, have been described as a component of the RNA spliceosome (Cheah et al. International Journal of Hematology 2017). Although DDX41 mutations predispose to late-onset higher grade myeloid neoplasms (MN), these patients may have a trend toward favorable prognosis and outcomes. In this work, we describe the clinical characteristics and survival outcomes of isolated and co-mutated DDX41 patients (pts).

We describe the characteristics and outcomes of mDDX41 patients. We demonstrated that isolated and co-mutated mDDX41 patients have different features. Isolated DDX41 patients had male predominance, more p.M1I variant, normal cytogenetics and less family history of solid tumors. In this study we found that mDDX41 AML has high response to treatment and has comparable (if not possibly better) OS compared to other “favorable risk” AML. This study, although limited by the small number of patients, supports the universal testing for DDX41 mutation in adults with MN diagnosis. 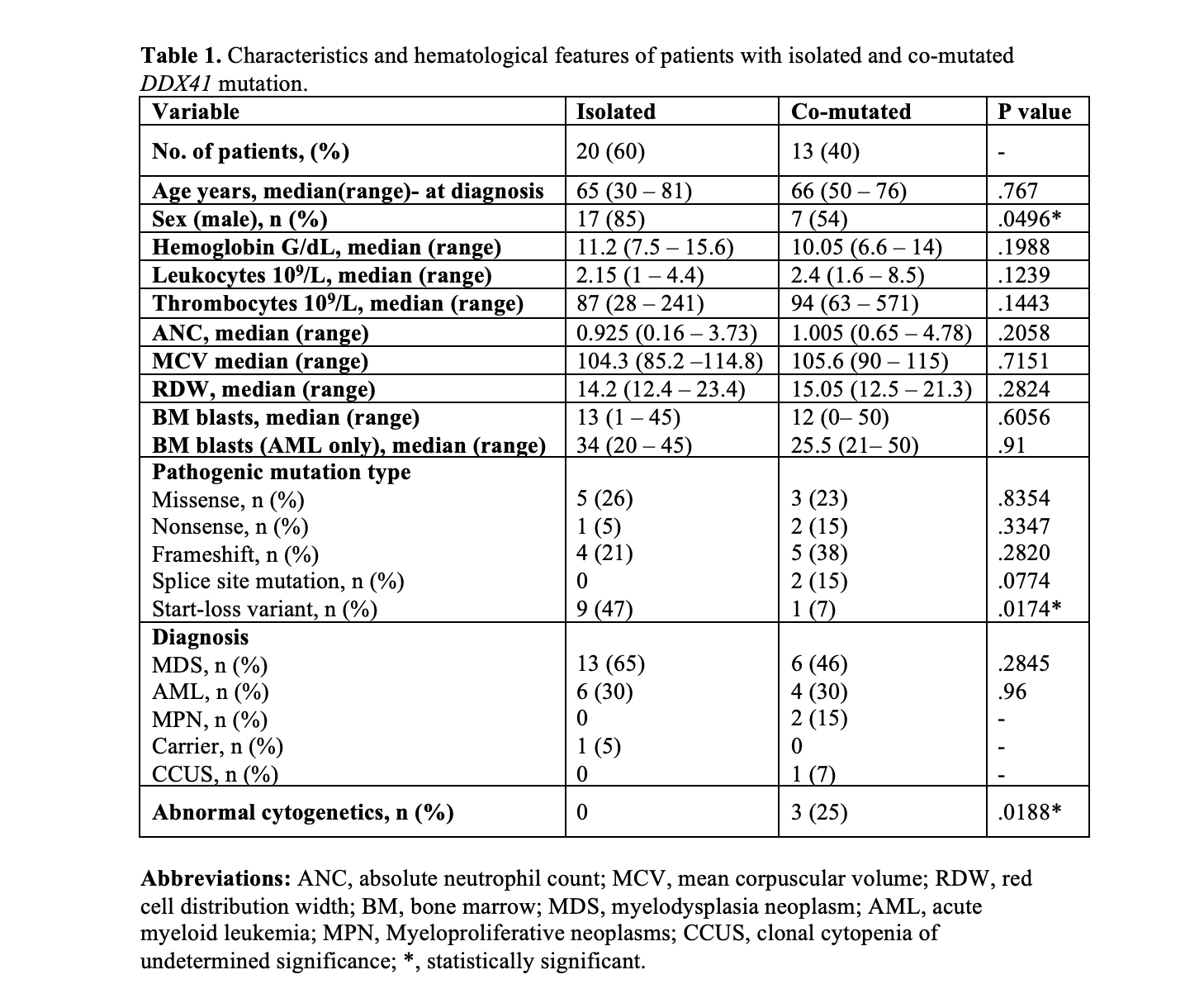