Background: The term HGBL, NOS was introduced by the World Health Organization (WHO) in 2016 for aggressive B-cell lymphomas with Burkitt lymphoma-like (BLL) or blastoid cytomorphology that lack double-hit genetics and do not meet criteria for other entities. Diagnostic patterns and prognosis of these rare tumors are not well understood. We examined the characteristics and outcomes of patients (pts) with HGBL, NOS diagnosed in 17 academic centers across the United States. 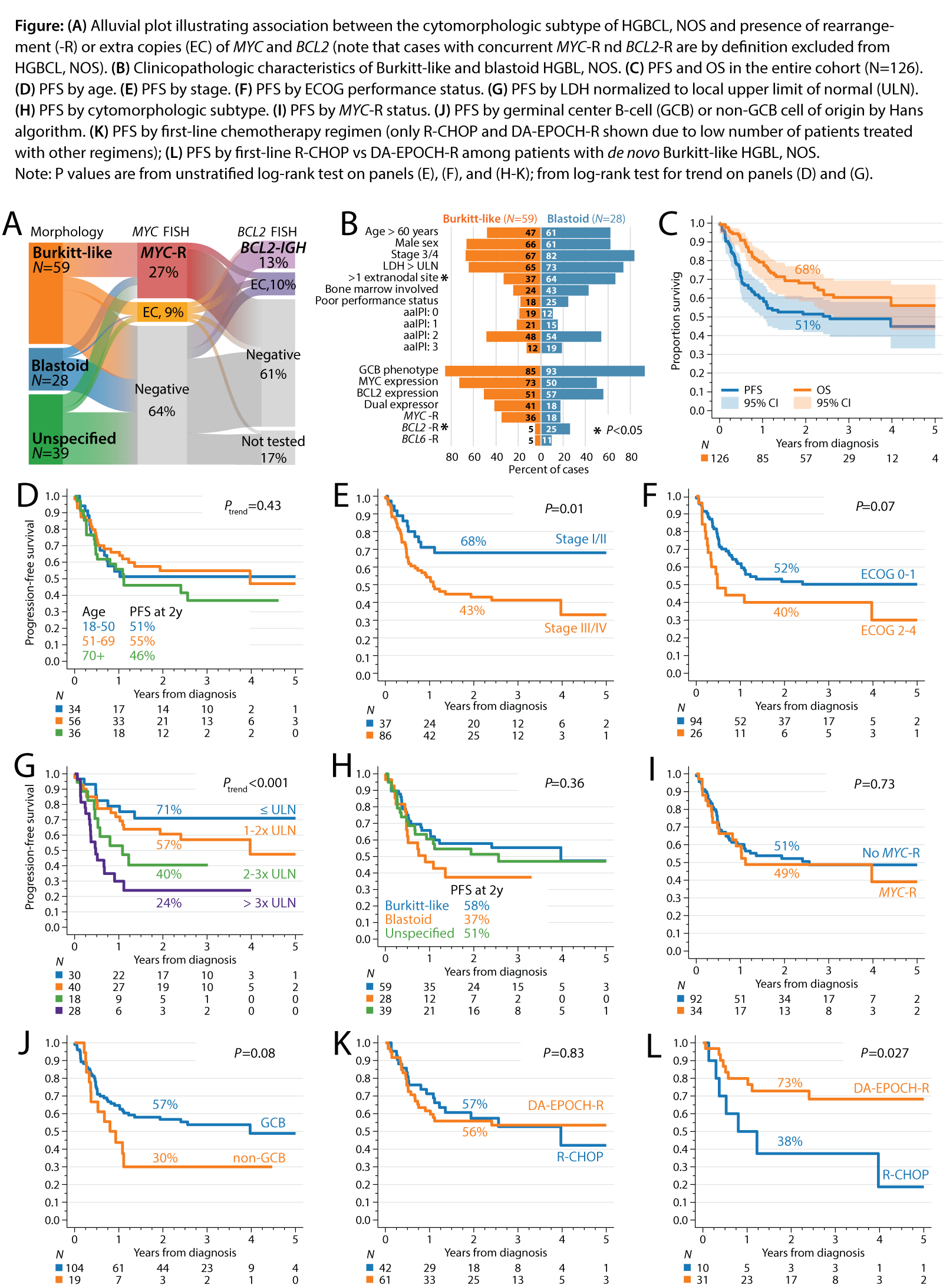