Introduction: Older adults with MM continue to remain under-represented in clinical trials, leading to paucity of information regarding the clinical characteristics and treatment outcomes, particularly among those 80y or older at the time of diagnosis. The International Myeloma Working Group (IMWG) classifies any patient >80y as frail, irrespective of their fitness status. The value of geriatric assessment and frailty evaluation in this subgroup remain unclear.

Methods: We used the Flatiron Health electronic record-derived de-identified database to source patients with incident MM diagnosed between January 1, 2011 and February 1, 2020. We compared clinical and demographic characteristics of patients ≥80y at the time of diagnosis with patients who were <80y of age. We abstracted baseline labs and cytogenetic data documented within 90 days from the start of first-line therapy. For those ≥80y, we captured the receipt of first line anti-myeloma therapy and examined early mortality (death within 6 months of diagnosis), derived progression-free survival (dPFS) and overall survival (OS) using Kaplan-Meier methods and Cox multivariate regression, with date of diagnosis as the index date. Finally, we compared dPFS and OS among potentially fit ≥80yo MM vs those between 75-79y, using ECOG performance status (PS) of zero as a surrogate marker of fitness status.

Conclusion: Patients 80y or above with newly diagnosed MM have distinct clinical and treatment characteristics as compared to their younger counterparts. Similar survival outcomes between older adults with good performance status vs their younger fit counterparts suggest the need for conducting a comprehensive frailty evaluation and individualized decision-making even in this cohort. 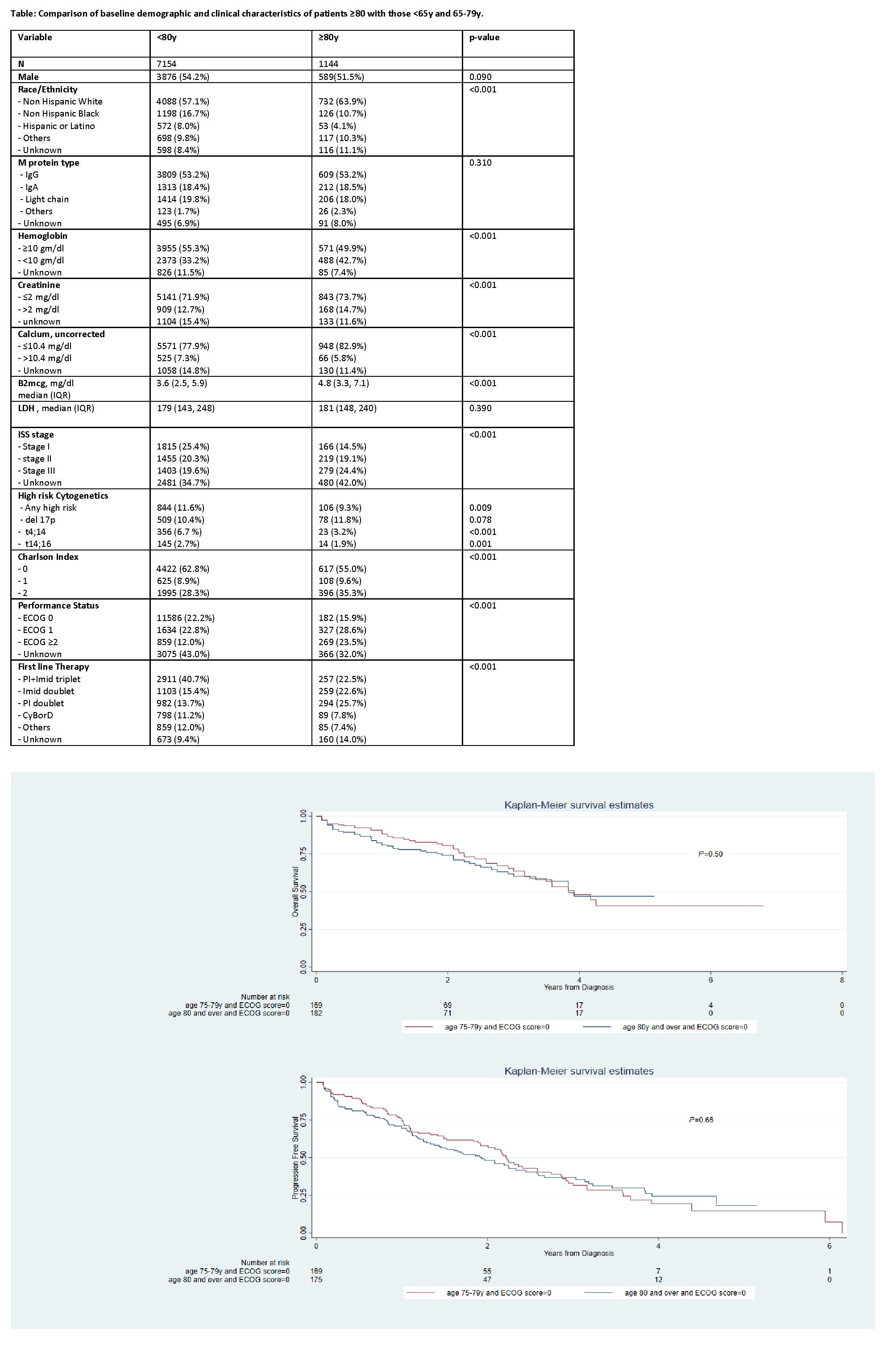