Introduction
Older adults with AML are often ineligible for high intensity chemotherapy and potentially curative allogeneic hematopoietic cell transplantation (HCT) due to poor performance status at presentation, comorbidities, and/or adverse genetic features associated with refractory disease and chemoresistance. Recently, the lower intensity combination of a hypomethylating agent and venetoclax (HMA/Ven) was shown to achieve durable responses in patients with AML. Despite this combination having been studied primarily in older, transplant-ineligible adults, a small subset of patients on the Phase 1b trial were successfully bridged to HCT (Pratz et al, 2019). We conducted a multi-center analysis assessing patient characteristics and clinical outcomes of patients treated with HMA/Ven who subsequently proceeded to HCT.

Methods
We retrospectively identified 51 adults who received HMA/Ven in either the front-line or relapsed/refractory (R/R) setting and underwent subsequent HCT between 2017 – 2019 at Stanford University, the University of California, San Francisco, and the University of California, Los Angeles. Patients received either azacitidine or decitabine in combination with venetoclax. Patients were evaluated for efficacy endpoints including: best response prior to HCT (complete remission [CR], CR with incomplete hematologic recovery [CRi], morphologic leukemia-free state [MLFS]), measurable residual disease (MRD) prior to HCT by flow cytometry (sensitivity threshold ≤1x10-4), and post-HCT relapse and survival.

Conclusion
In patients with AML, an HMA in combination with venetoclax can achieve complete remissions—MRD-negative in many cases—thus providing a viable pathway to potentially curative HCT. This treatment pathway is especially important in older/unfit patients receiving front-line HMA/Ven due to ineligibility for high intensity induction chemotherapy, as well as those with relapsed/refractory and previously chemoresistant disease. Following HCT, patients treated in both settings had low NRM and favorable rates of disease response. Prospective studies are warranted to further explore the optimal use of HMA/Ven therapy as a bridge to successful transplant outcomes. 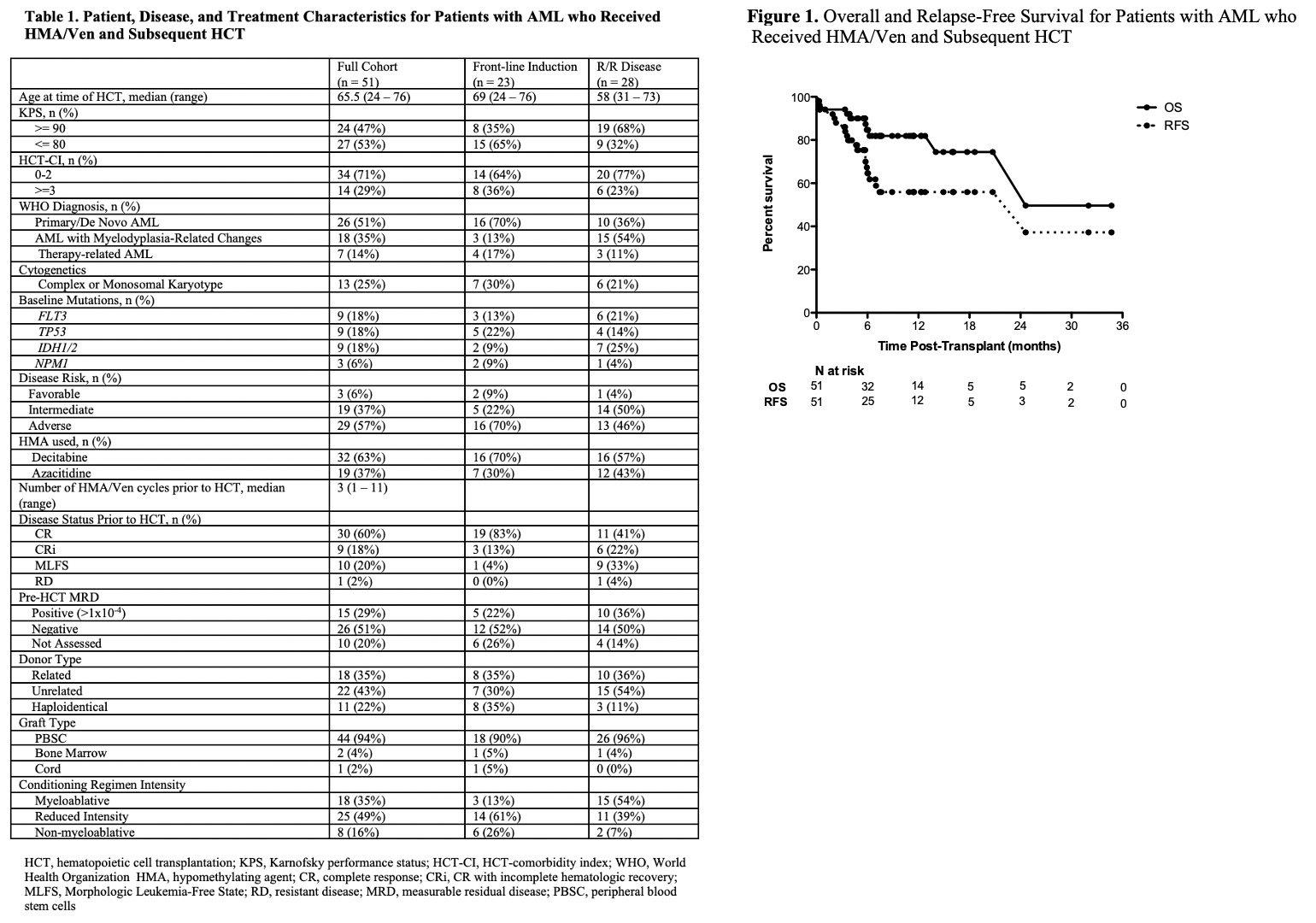