Waldenström’s Macroglobulinemia (WM) is a rare indolent lymphoma with an estimated 1,500 new cases diagnosed each year in the United States (US). Over the last decade, several treatments have been introduced into the WM therapeutics landscape including, bendamustine, bortezomib, and most recently oral Bruton’s kinase inhibitor (ibrutinib). There is limited information in the adoption of these WM treatments in real-world clinical settings in the US. We describe the practice patterns and clinical outcomes of first-line (1L) treatment of WM in a nationwide cohort of Veterans.

Using Veteran Affairs electronic health records (EHR) data, we identified Veterans who were diagnosed and received 1L treatment for WM between January 2006 and December 2018 in the Veterans Health Administration (VHA). Human annotation of EHR clinical records confirmed the diagnosis and 1L treatment regimens. Patients with another cancer diagnosis or patients with documentation that 1L treatment was received outside the VHA were excluded. Eligible patients were followed until loss to follow-up, death, or the end of the study period (June 30, 2019). Patient demographics, disease characteristics, and treatment patterns were identified. Local polynomial regression model curves were generated to demonstrate treatment changes over time. Unadjusted progression-free survival (PFS) and the unadjusted overall survival (OS) are also provided.

Over the study observation period, 1L practice patterns shift significantly with increased adoption of BR, BDR and ibrutinib and de-adoption of chemotherapy (Figure 1).

The introduction of numerous therapeutic options throughout the past decade has profoundly altered the treatment landscape for WM, suggesting a shift in 1L practices from chlorambucil to BDR, BR, and most recently ibrutinib which has been increasingly adopted, since its approval in 2015, especially in older patients, suggesting that it may provide an effective therapeutic option for patients who may not be able to tolerate more aggressive treatment regimens. Limitations of this study include the differences observed in follow-up time as well as the limited number of patients in some 1L treatment groups. Further research is required to establish the long-term benefits and potential treatment-related toxicities of WM treatments in real-world clinical settings. 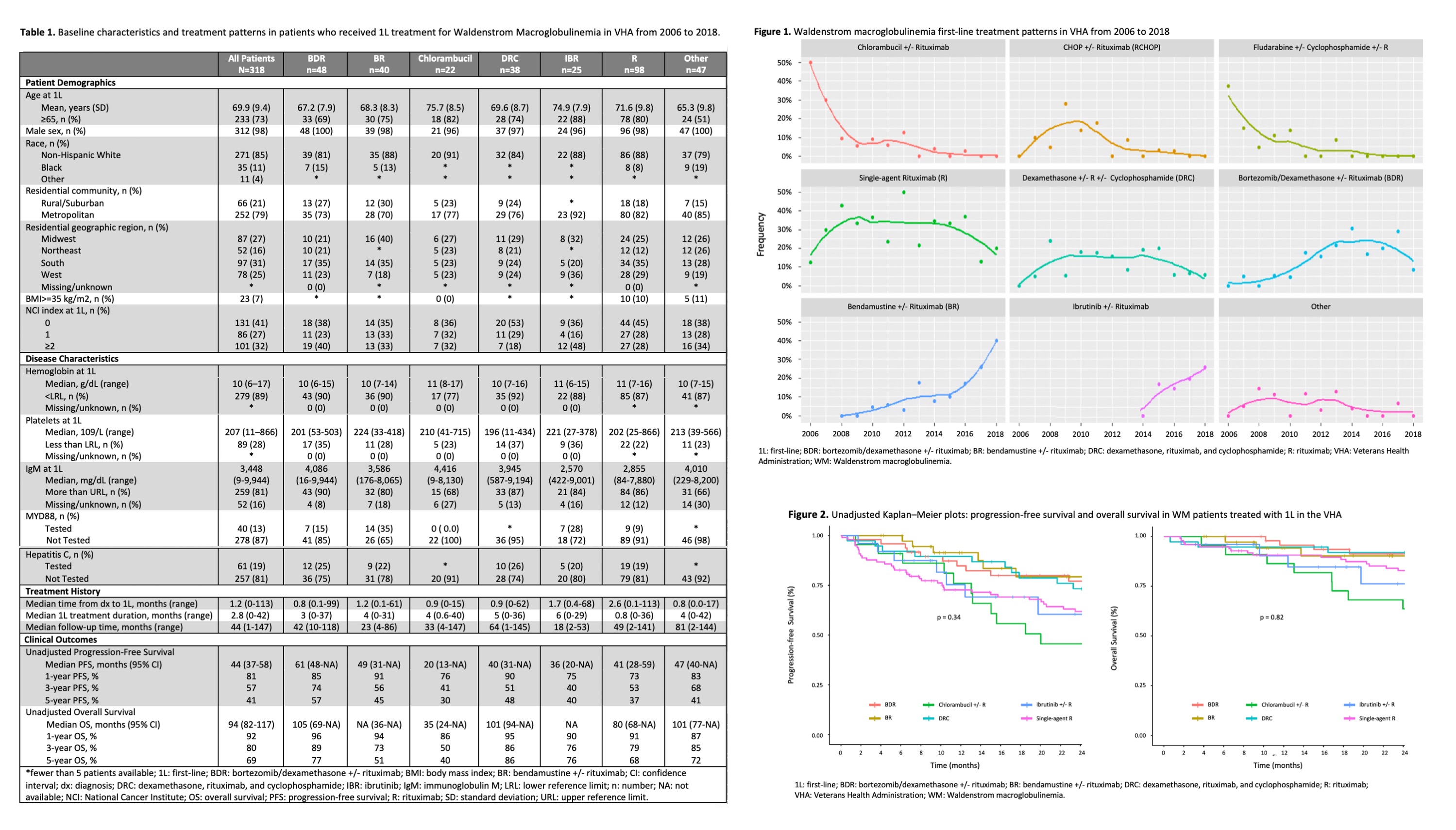