208 Racial and Ethnic Disparities in the Survival of Patients with Indolent Non-Hodgkin Lymphoma in the United States: A Population-Based Analysis

Method: We used the population-based Surveillance, Epidemiology, and End Results (SEER)-18 database. We included adult patients with FL, MZL, MCL, and WM diagnosed between 2000-2017 who were 18-84 years old at the time of diagnosis. We excluded patients with a history of prior malignancies, missing survival times, central nervous system involvement, and unknown race/ethnicity. Race/ethnicity were categorized as Non-Hispanic White (NHW), Non-Hispanic Black (NHB), Hispanic, Asian/Pacific Islander, and American Indian/Alaska Native. Marginal relative survival (RS) was estimated using the Pohar-Perme method, which estimates net survival within a relative survival framework. Expected survival was determined by matching patients to individuals in the general population by age, sex, race/ethnicity, and year. RS was modeled using Poisson regression where the effect of follow-up time was included as restricted cubic spline with 5 knots. The primary exposure variable in our model was race/ethnicity. Interactions between the main effect and significant covariates were examined (in particular disease histology). All tests of differences were performed at a two-sided alpha of 0.05.

Conclusion: In this large population-based analysis of patients with indolent NHL in the US, we found that racial and ethnic minorities had inferior survival over the past two decades after adjusting for other confounding variables. American Indians and Alaska Natives had the highest mortality followed by NHB, Asians/Pacific Islanders, and Hispanics. One of the plausible explanations for this trend could be related to decreased access to healthcare. Our study emphasizes the need for additional research into racial/ethnic disparities for lymphoma patients. 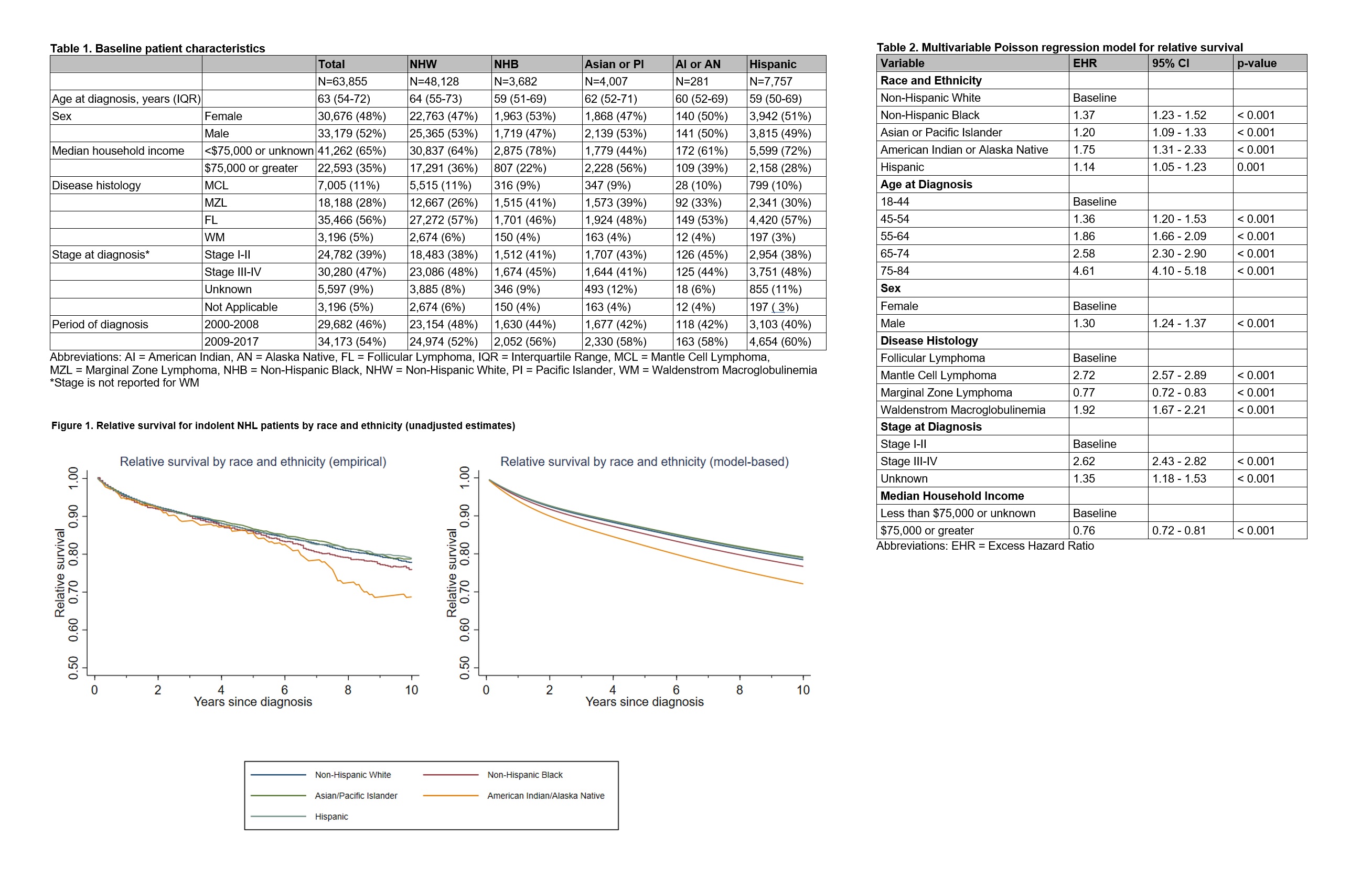