Methods: We performed a retrospective intent-to-treat analysis of pts with r/r DLBCL treated with platinum based-chemotherapy at Sylvester Comprehensive Cancer Center (6/2010 to 3/2020). Only pts having measurable disease on FDG PET/CT prior to the initiation of salvage chemotherapy were included. MTV was obtained by summing the metabolic volumes of all individual lesions using the 41% of SUVmax threshold. Total lesion glycolysis (TLG) was calculated as the product of MTV and SUVmean. The individual lesion or coalesced lesion with the maximum TLG was classified as TLGmax. The global TLG (sum of each individual lesion TLG) was evaluated as well. MTV, TLGmax, TLG global and SUVmax were calculated pre and post-salvage chemotherapy by a board-certified nuclear radiologist. Hermes Hybrid 3D software was implemented for these calculations. Statistical analysis methods included nonparametric Wilcoxon rank-sum test, logistic regression, and Cox’s proportional hazards regression.

Conclusions: Pre-salvage MTV appropriately identified pts with r/r DLBCL treated with platinum-based chemotherapy at risk for treatment failure. Furthermore, MTV and TLGmax identified a high-risk group of pts associated with shorter survival. This data can be of used to determine which pts achieve maximal benefit with a standard program of 2-3 cycles of salvage chemotherapy followed by ASCT. Updated results on salvage therapy response and survival analysis will be presented at the meeting. Prognostic value of PET/CT metrics in r/r DLBCL should be confirmed in prospective clinical studies with the ultimate goal of developing strategies for an individualized approach. 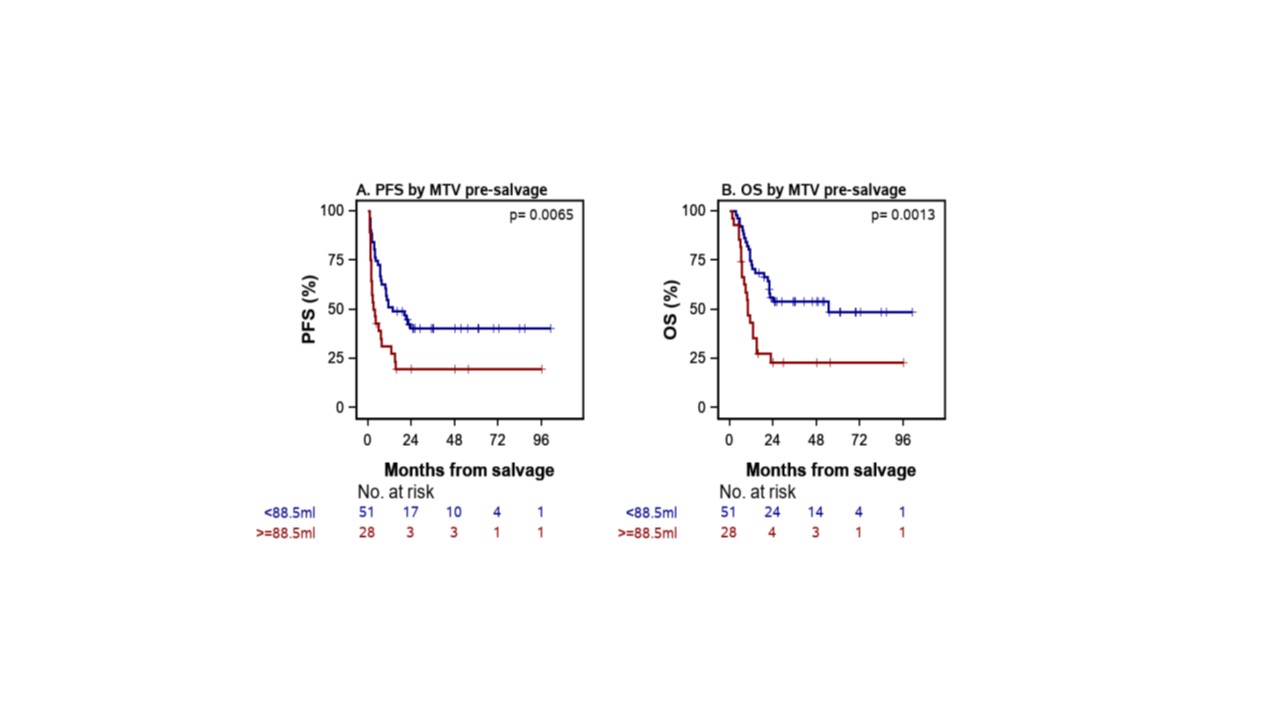