INTRODUCTION: Frontline therapy with second generation (2G) tyrosine-kinase inhibitors (TKIs) in chronic phase (CP) chronic myeloid leukemia (CML) patients demonstrated higher efficacy as compared to imatinib, with less patients experiencing treatment failure and progression to advanced disease. However, limited information are currently available on the management and outcome of those CML pts not achieving an optimal response to first-line treatment with a 2G-TKI.

AIM: To describe the clinical outcome of CP CML patients without an optimal response to a frontline 2G-TKI that switched to alternative TKIs.

Our findings show that CP-CML patients not achieving an optimal response to frontline 2G-TKI therapy, despite a complex management, still have a favorable prognosis and survival due to the availability of both multiple TKI options and SCT. 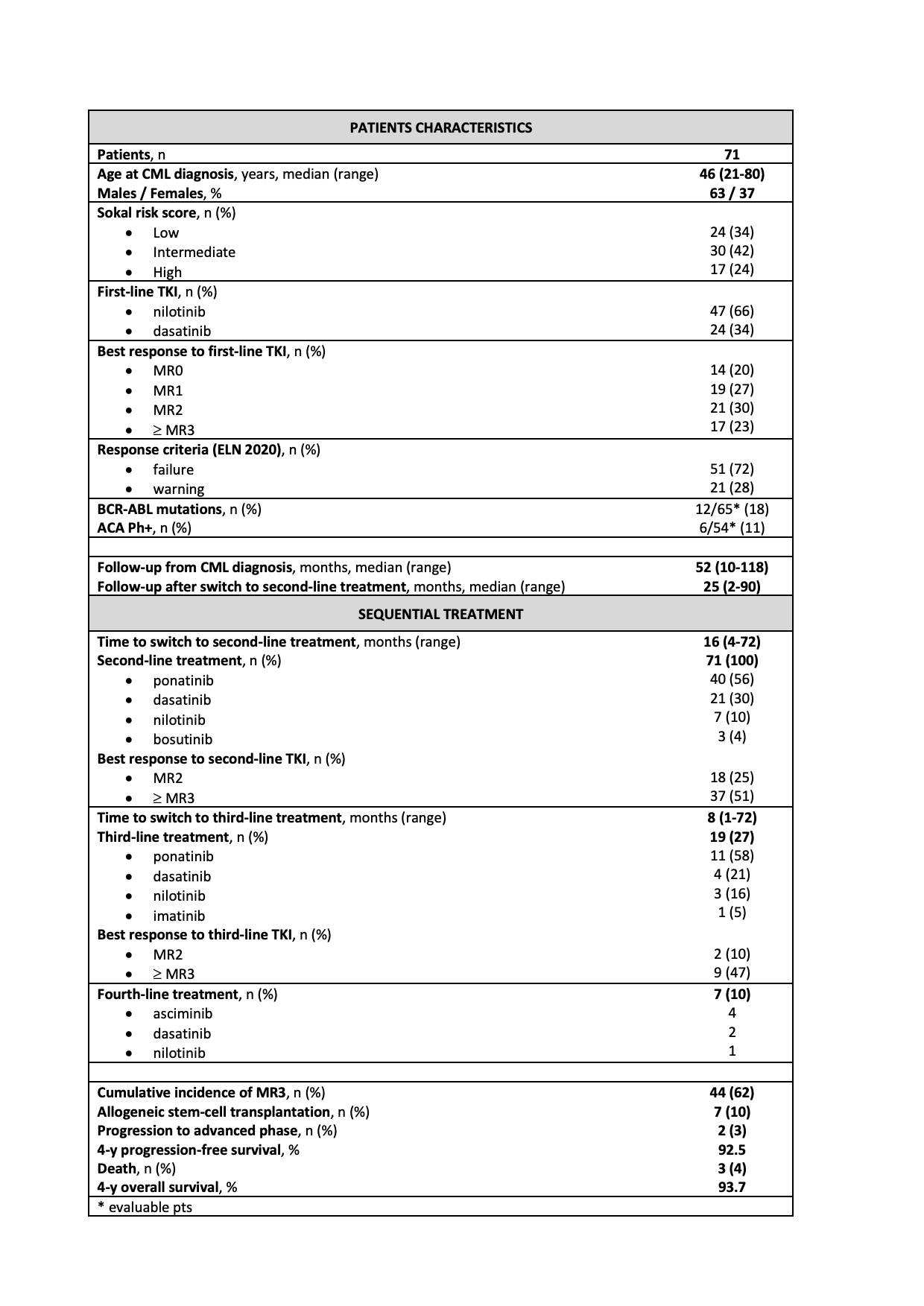