Introduction: Systemic light chain (AL) amyloidosis is a plasma cell dyscrasia in which a toxic plasma cell clone causes devastating multiorgan complications and death, and substantially affects the quality of life of patients (pts). Current therapeutic options are not regulatory approved and are typically based on modified treatments that are used for multiple myeloma. The aim of EMN23 study is to thoroughly describe patterns of AL amyloidosis management in a large-scale real-world evidence (RWE) setting throughout Europe, to understand different treatment strategies and their evolution, and evaluate resource utilization.

Methods: EMN23 is an ongoing, retrospective, observational, multicenter study aiming to enroll 5000 pts in 10 countries (13 Sites) across Europe; Austria, Czech Republic, France, Germany, Greece, Italy, the Netherlands, Portugal, Spain, and UK. Pts must have documented systemic AL amyloidosis, and a first-line treatment start date between 2004 and 2018. Results are presented in 2 chronological cohorts, 2004–2010, and 2011–2018, with 2010 being an important landmark, since bortezomib, cyclophosphamide, dexamethasone (CyBorD) regimen was introduced in clinical practice. Pts who received treatment in the context of an interventional clinical trial were not analyzed for treatment and efficacy results. The current analysis presents baseline disease characteristics, treatment patterns and efficacy outcomes. Informed consent or a non-opposition letter was collected for all alive pts, depending on the regulatory environment of each country, and a waiver of consent was obtained for the deceased.

Conclusions: Therapeutic options for AL amyloidosis have changed considerably over time. After 2010 CyBorD became the prominent first-line treatment; the proportion of pts not achieving a response was reduced by 23% and a trend towards improvement of OS for stage IIIA disease was observed, but the prognosis of stage IIIB pts remained dismal and early mortality remained unchanged. Early diagnosis is still an unmet need, and improved therapies are essential. 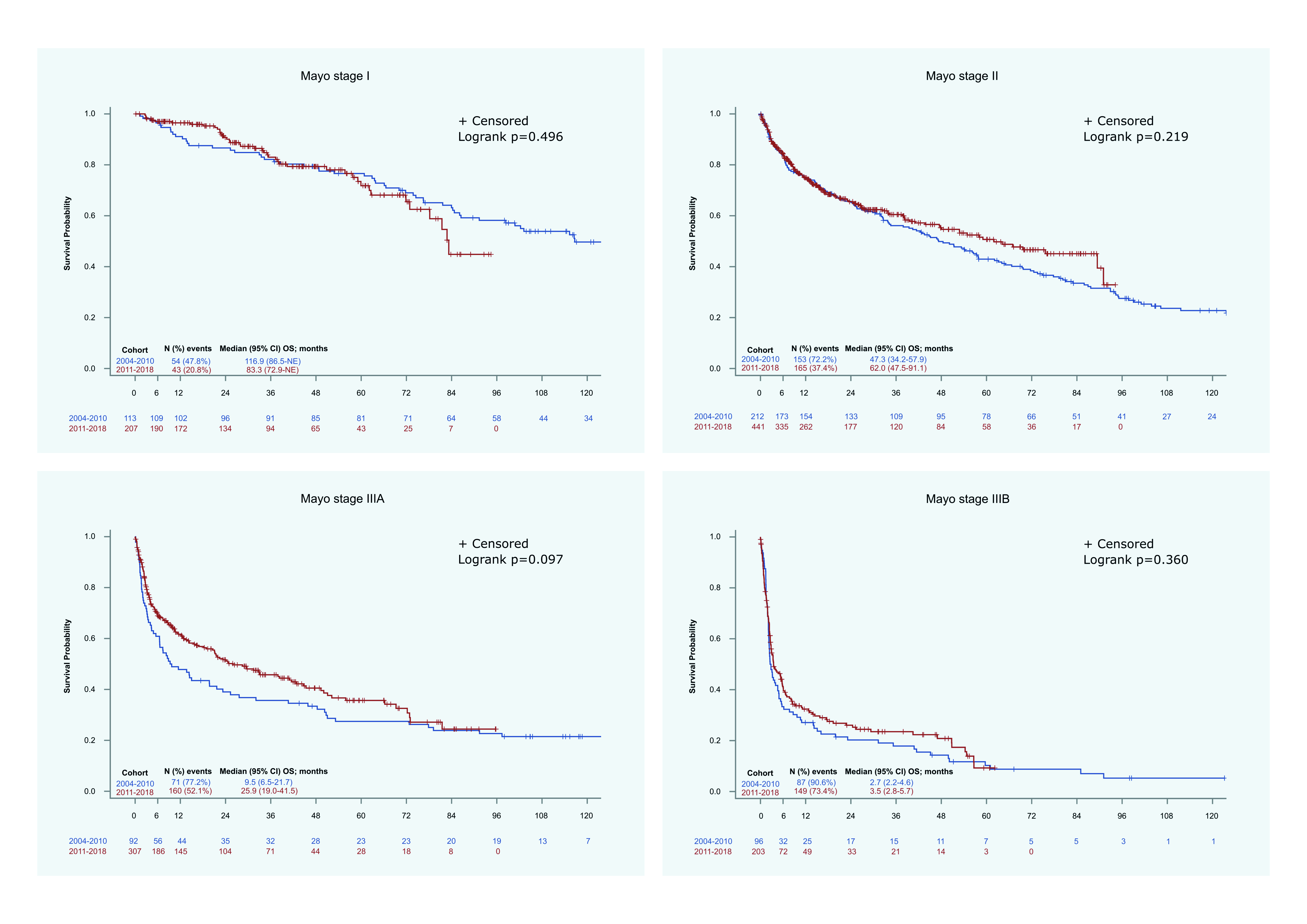 OffLabel Disclosure: This is a RWE study on AL amyloidosis, and currently there are no regulatory approved therapeutic options for the disease.