622 Treatment Patterns, Type of Front-Line Regimen, and Outcomes Among Older Adults with Acute Myeloid Leukemia: A Population-Based Analysis in the Modern Era

Background:
Traditionally, intensive induction chemotherapy has been the primary front-line treatment for AML; however, older adults are often poor chemotherapy candidates and as of 2009, nearly 50% of older AML patients did not receive any treatment (Mederios, Ann Hematol 2015). Recently, several non-traditional front-line AML regimens have emerged, including hypomethylating agents (HMA), the BCL-2 inhibitor venetoclax, liposomal anthracycline and cytarabine, and targeted therapies. These non-traditional agents may offer less intense side effects and provide novel front-line options for older adults. We hypothesized the advent of non-traditional options has allowed a greater proportion of older adults to receive effective treatment, thereby improving survival for this population. Using a population-based approach, we evaluated front-line treatment patterns and outcomes of older adults with AML in the modern era.

Conclusion
Using a population-based approach, we show the patterns of care for AML treatment in older adults is changing, with an increasing proportion of patients receiving both initial treatment and HCT relative to historical reports and a significant increase in the use of newer, non-traditional therapies. Similarly, survival estimates are improving over time for patients who receive therapy. During our study period, a significant proportion of older adults with AML remain untreated, which is strikingly impacted by location of front-line care. At the population level, there remain opportunities to increase access to therapy for older adults with AML. 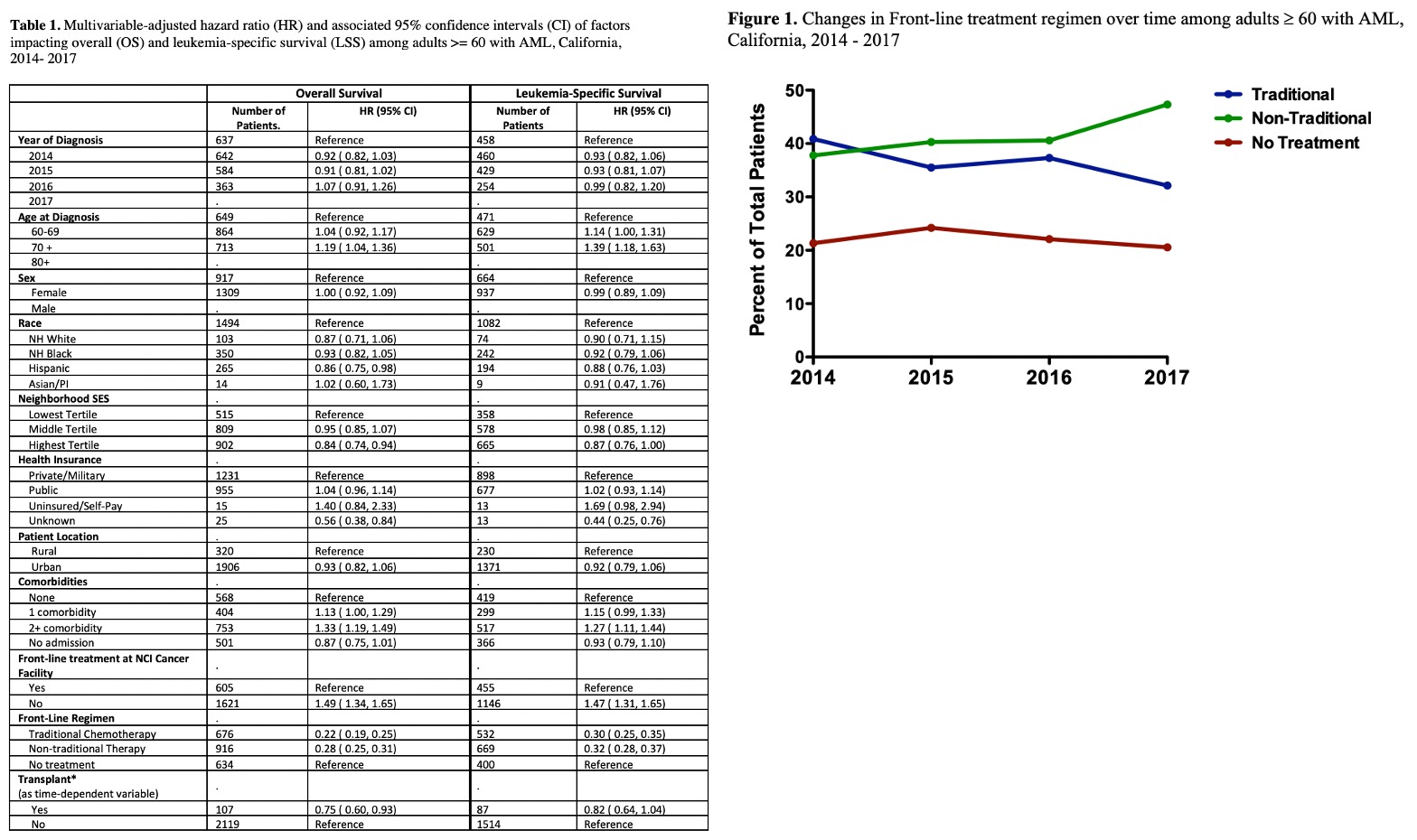