Patients with relapsed/refractory (R/R) diffuse large B-cell lymphoma (DLBCL) who are not eligible for autologous stem cell transplant (ASCT) have a poor prognosis. Tafasitamab (MOR208) is an Fc-enhanced, humanized, monoclonal antibody that targets CD19, which is broadly expressed across B-cell malignancies, including DLBCL. The immunomodulatory drug lenalidomide (LEN) has antiproliferative and antiangiogenic effects.

Patients enrolled were aged ≥18 years with R/R DLBCL (1–3 prior systemic therapies, including ≥1 CD20-targeting regimen), ASCT-ineligible and with an Eastern Cooperative Oncology Group performance status of 0–2. 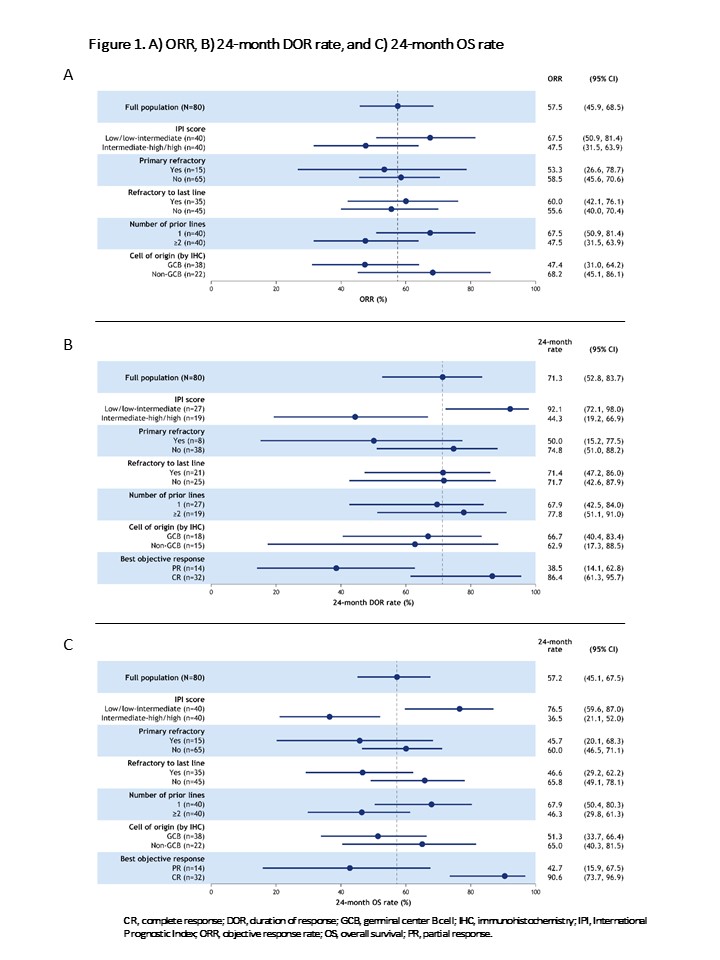