Independent of the SARS-CoV-2 pandemic, we developed a pilot program tracking productivity allowing research coordinators (RCs) to work from home. However, with the pandemic’s onset all RCs were ordered to work from home starting March 25, 2020. Simultaneously, all in-person clinical trial site monitoring visits were prohibited, forcing sponsors to either halt research monitoring operations (10%) or adapt to remote monitoring (90%). We analyzed the productivity and efficiency of RCs during at home days versus in office days to better understand the impact of the pandemic on clinical trial operations.

During this study period, RCs performed daily productivity tracking in a RedCap database, whether at the office or at home. Productivity was defined as total data fields entered; efficiency was defined as data fields entered in a given time period. Continuous variables were summarized using the median and interquartile range (IQR). To account for the fact that the data are clustered by RC, comparisons between working location were made using a logistic regression model with a random intercept for RC. A p-value <.05 was considered statistically significant. RCs who entered values incorrectly or who entered/exited the team during the tracking period were excluded. The data entry work was also categorized into 16 distinct disease groups for analysis.

Total median time spent on data entry and total median time spent on all other tasks was 2.98 hours and 5.28 hours respectively, meaning 36% of an RCs work was comprised of data entry tasks. With the hematology research RCs bearing the brunt of the data entry workload, per hour, RCs completed nearly double the average amount of data fields when at home (40, IQR 20-72 vs 21, IQR 13-36). This translates into RCs being 17% more efficient overall when working at home.

A silver lining to the SARS-CoV-2 pandemic includes increased data entry by RCs, and virtual monitoring and site initiation visits by sponsors and contract research organizations. These have created efficiencies including a greater number of trials opened and a reduction in trial times to open, when compared to a similar time period in 2019. Preliminary employee satisfaction surveys also reveal a high degree of satisfaction when working from home. 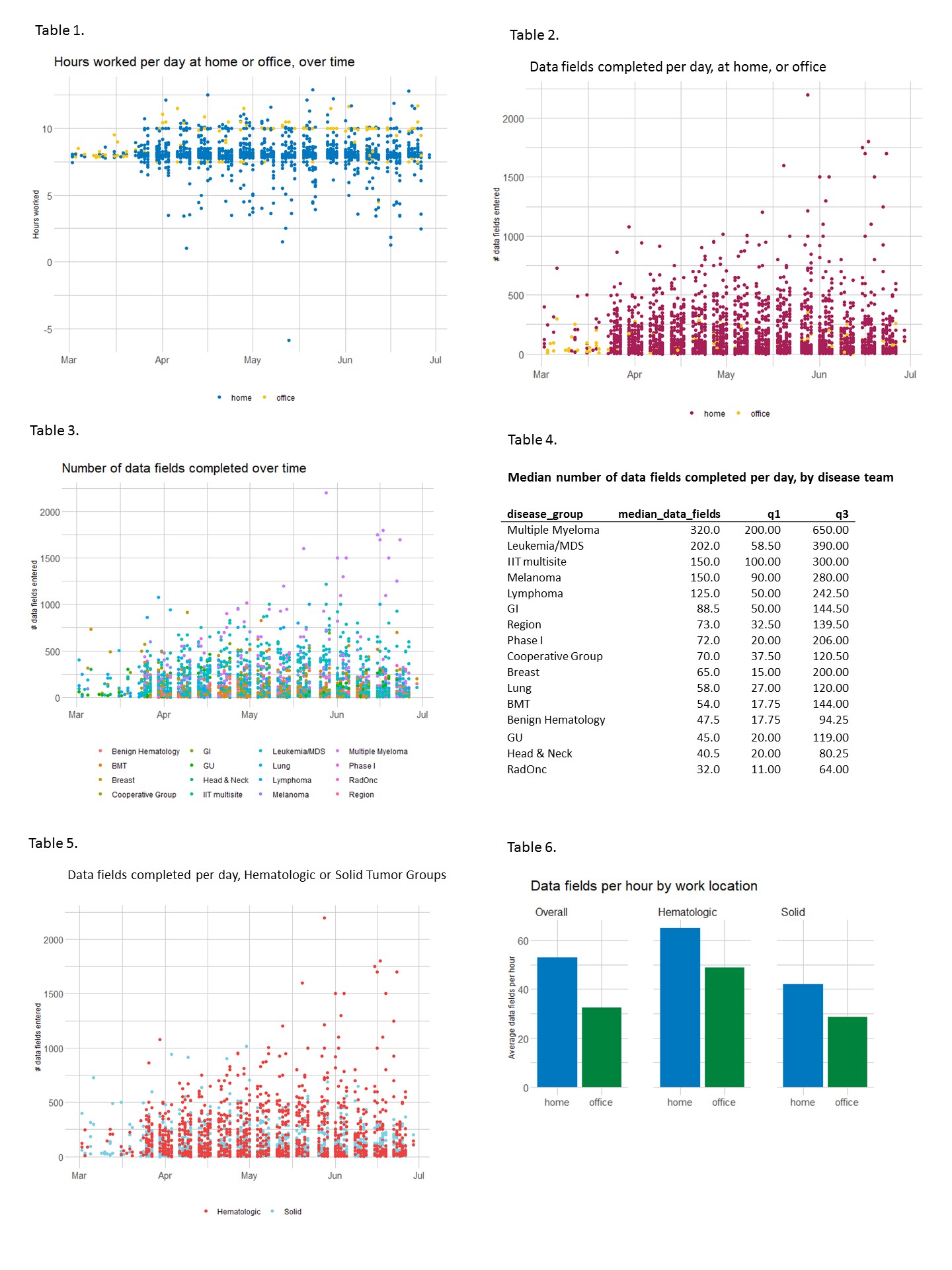