INTRODUCTION: NPM1 mutations (NPM1mut) occur in ∼30% of acute myeloid leukemia (AML) and frequently co-occur with mutations in other genes including those attributed to clonal hematopoiesis (CH) including DNMT3A and TET2, among others. CH mutations may persist beyond attaining NPM1mut-negative remission. Persistent CH may be associated with immunophenotypic alterations in myeloid progenitors detected by flow cytometry (FC) which poses an interpretive challenge in assessment of measurable residual disease (MRD) by FC. The aim of this study was to characterize the immunophenotypic alterations associated with persistent CH in the setting of NPM1mut clearance and to determine their possible clinical or biologic significance.

CONCLUSIONS: Post-remission clonal hematopoiesis in the setting of NPM1mut clearance is common, and may result in immunophenotypic changes in myeloid progenitors, posing interpretive challenges for MRD assessment by FC. These alterations may be attributable to specific CH characteristics, such as IDH2 and SRSF2 mutations and VAF, but are not associated with a shorter RFS and thus should not be interpreted as residual AML or considered a high-risk attribute. Additional studies in other AML subtypes are warranted to further delineate these changes and their clinical significance. 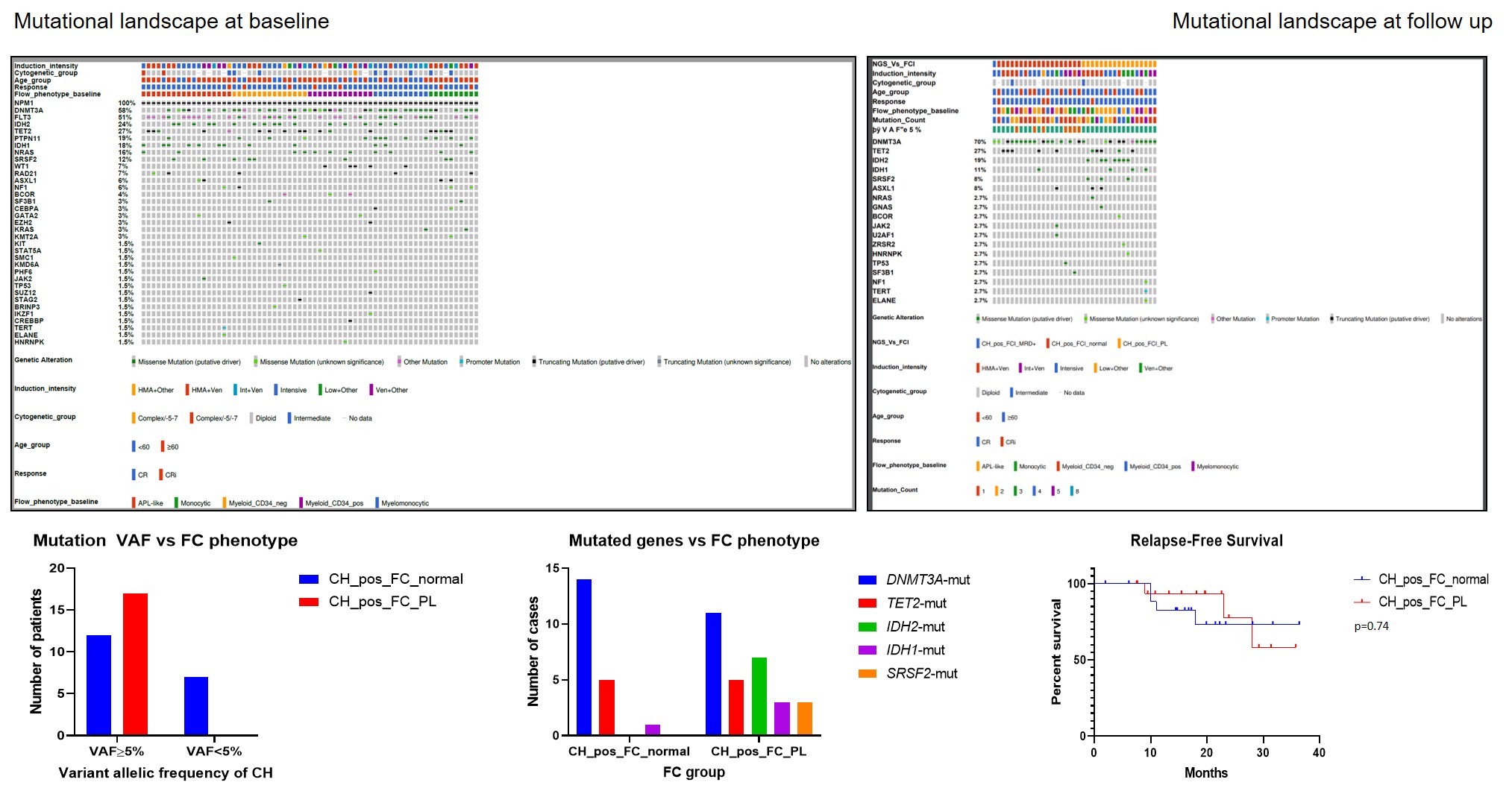