Introduction. In multiple myeloma (MM), the presence of translocation t(4;14) and/or 17p deletion, found in around 10 to 15% of the patients, is considered as high-risk feature associated with adverse survival. Despite recent advances in the treatment of MM, t(4;14) and del(17p) are still associated with poor outcome. The aim of this study was to analyze the trends of survival in patients with newly diagnosed MM harboring t(4;14) and or 17p deletion over the past two decades.

Methods. Patients from five French centers with newly-diagnosed MM from 2001 to 2019 and displaying del(17p) and/or t(4;14) were retrospectively included. Cytogenetics abnormalities were detected by interphase fluorescence in situ hybridization (FISH) and del(17p) positivity cut-off was 30%. New agents were defined as: pomalidomide, carfilzomib, ixazomib and anti-CD38 monoclonal antibodies.

Table 1. Clinical, biological characteristics, treatment and survival of the 246 included patients based on period of diagnosis.

Figure 1. Kaplan-Meier curves for overall survival for the 246 included patients based on period of diagnosis. 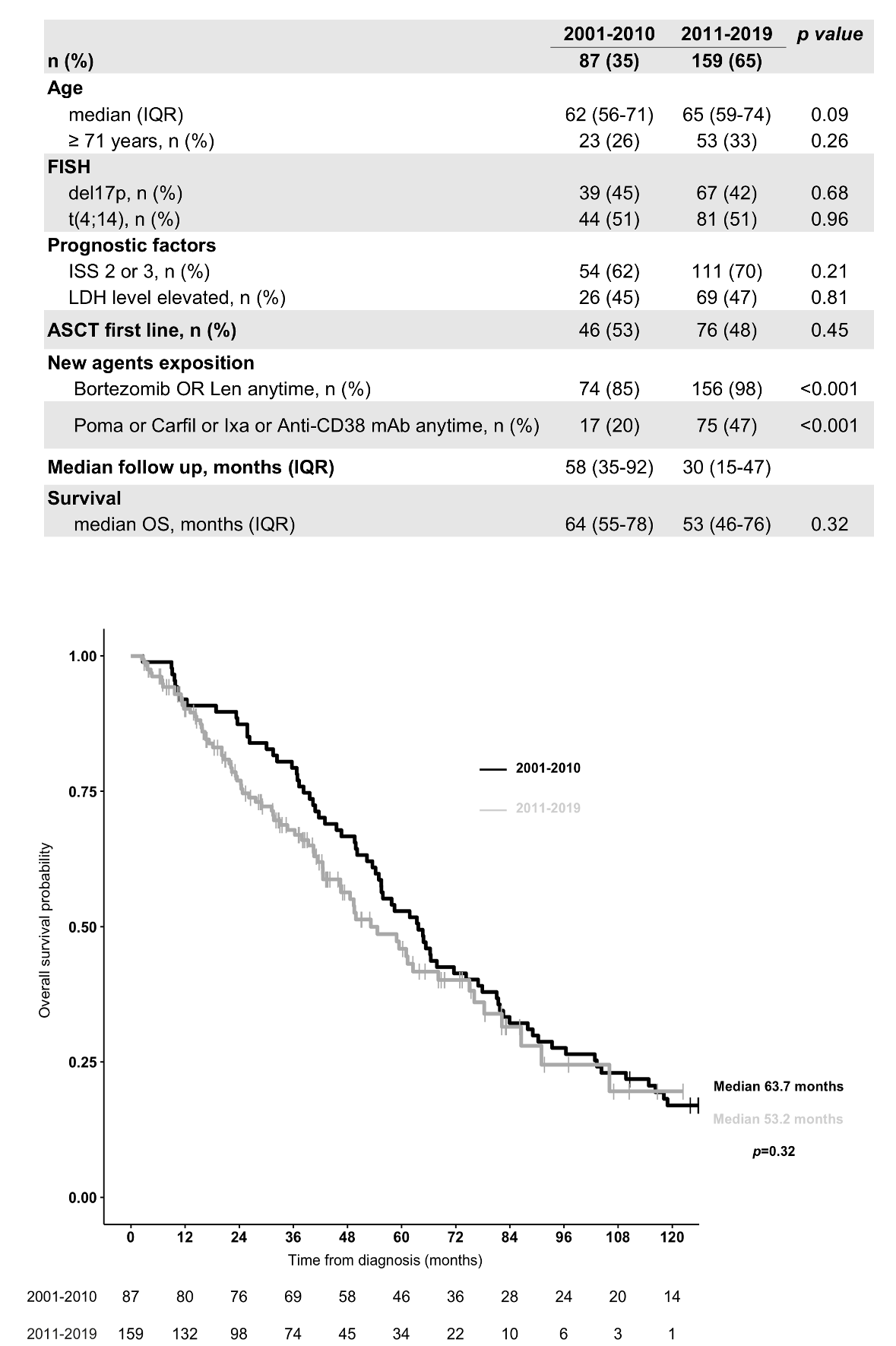