Introduction: VRD (bortezomib, lenalidomide, dexamethasone) and VCD (bortezomib, cyclophosphamide, dexamethasone) are the two most commonly used triplet induction regimens in transplant eligible patients with multiple myeloma (MM). VCD is commonly used in patients with renal dysfunction at diagnosis. Given the variable results seen in head to head comparison of these (or similar) regimens to date, no definitive conclusion can be made on whether they are equivalent. This large CIBMTR registry study compares the outcomes with VRD vs. VCD induction therapy in patients undergoing upfront autologous stem cell transplant (ASCT).

Results: As shown in Table 1, patients in the VRD and VCD cohorts had similar age at transplant, adjusted HCT-CI scores, and distribution of high-risk cytogenetics. Patients in the VCD group were more likely to have renal impairment and ISS stage III disease. An eGFR (mL/min/1.73m2) at diagnosis < 60 was seen in 26% of VRD patients vs. 48% of VCD patients. ISS stage III was seen in 17% vs. 34% of patients, respectively.

Conclusions: In patients with MM undergoing upfront transplant after VRD or VCD induction, no difference in outcomes was seen based on the induction therapy received after adjusting for other prognostic factors. As several MM patients with renal dysfunction are started on VCD, it is reassuring to see that VCD was not associated with inferior PFS, likely due to the eventual transition to maintenance therapy in the majority due to subsequent improvement of renal function. The use of maintenance treatment was uniformly associated with superior outcomes. 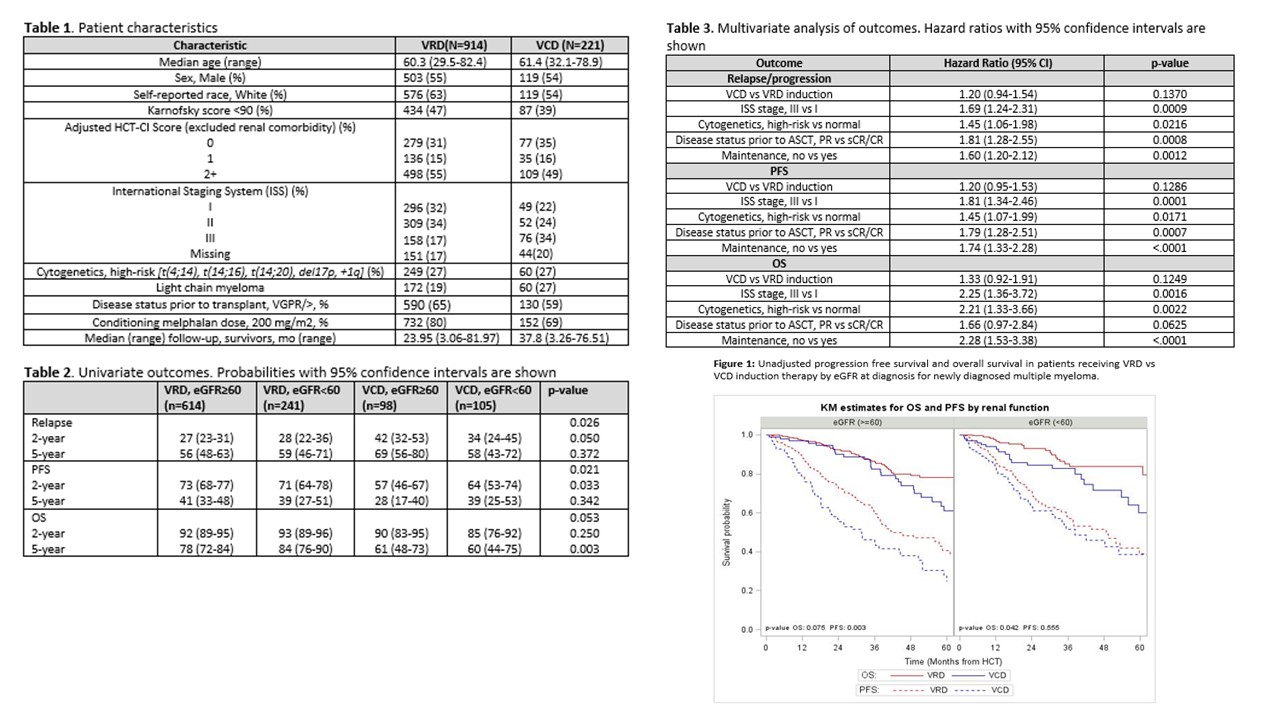