2485 Thrombocytopenia and Anemia Among Patients with Cerebral Palsy: A Big-Data Analysis

Title: Thrombocytopenia and Anemia among patients with Cerebral Palsy: A big-data analysis

Methods: Utilizing a commercial database (Explorys Inc, IBM), we identified a cohort of patients diagnosed with CP based on the Systematized Nomenclature of Medicine-Clinical Terms. We calculated the overall prevalence rate of diagnosis of CP, described age, and gender-based prevalence rates of CP, and identified associated diagnoses of thrombocytopenia and anemia associated with CP. Explorys is a largereservoir of de-identified, HIPAA-compliant aggregated data of more than 63 million unique patients. First we compared the incidence of thrombocytopenia and anemia between patients with CP and the general population. To generate a cohort of patients representative of the general population, a cohort of patients with any coded disease was pooled except for CP. Moreover, relevant covariates including hospitalization, use of antiepileptic drugs (AED), infections, age, and gender were recorded and will be included in a multivariate analysis. We further sub-grouped patients with CP based on diagnoses of wheelchair dependency and AED exposure as markers of morbidity and risk for blood dyscrasias respectively.

Discussion: Our study using large, aggregated data from Explorys demonstrates there is a higher prevalence of thrombocytopenia and anemia in patients with CP. In our cohort, patients with CP with thrombocytopenia and/or anemia were more likely to be hospitalized. Further research is needed to confirm this observed association and to clarify the mechanism of the relationship between CP and cytopenias. 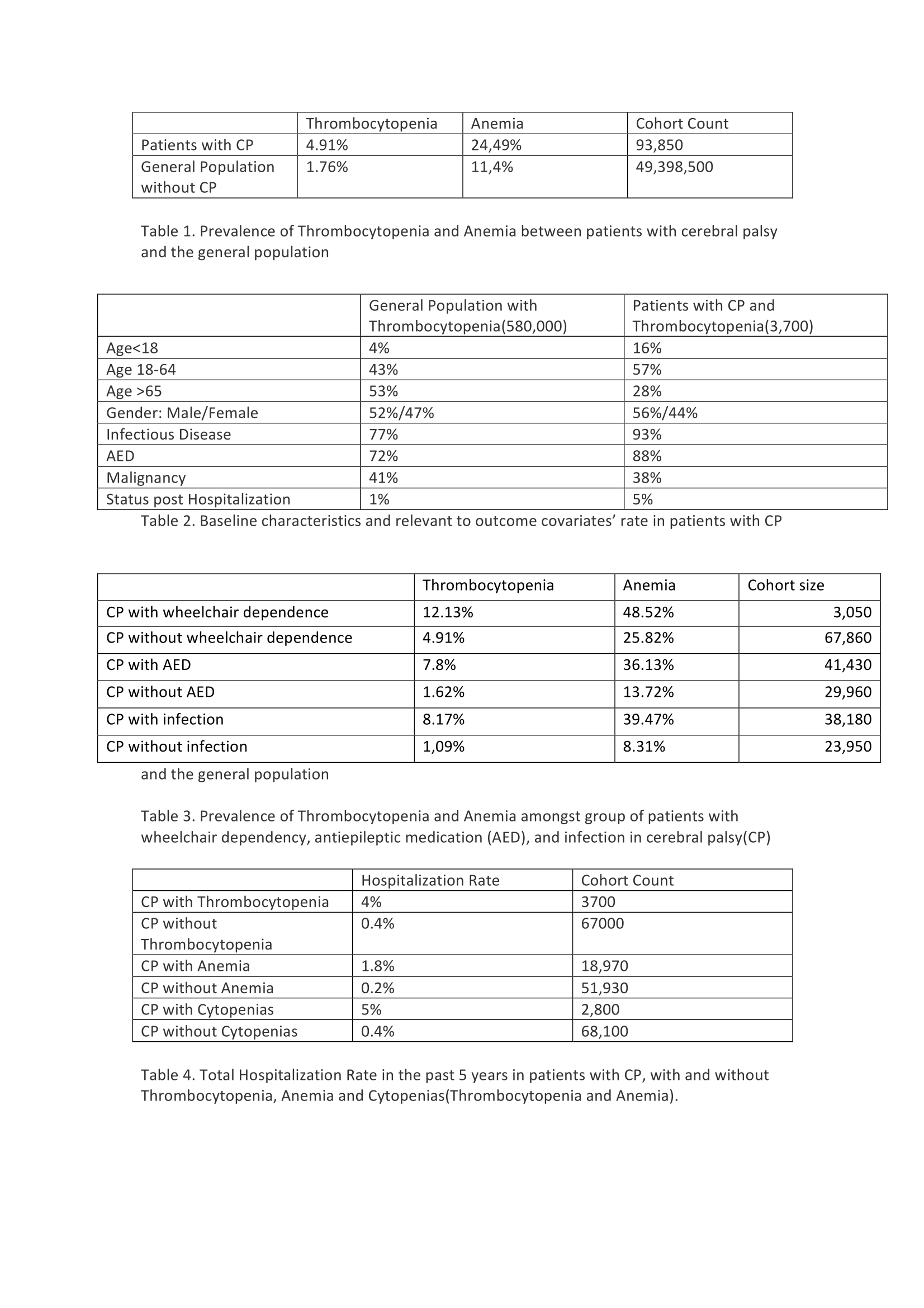