Background and objective. The combination of tyrosine kinase inhibitors (TKI) and chemotherapy (intensive, attenuated or minimal) has improved the prognosis of patients (pts) with Philadelphia chromosome-positive acute lymphoblastic leukemia (Ph+ALL). The combination of HyperCVAD and ponatinib has improved the molecular response and survival compared with other combinations of chemotherapy with first or second generation TKI (Jabbour E, et al, Lancet Haematol. 2018; 5:e618-e627). The Spanish PETHEMA group conducted the phase 2 PONALFIL trial, which incorporates ponatinib to the same induction and consolidation schedule of the ALL Ph08 trial (Ribera JM et al. Cancer 2019;125:2810-2817) The results of this trial after completed recruitment are herein reported.

Patients and method. The PONALFIL trial (NCT02776605) combined ponatinib (30 mg/d) and induction chemotherapy (vincristine, daunorubicin and prednisone) followed by consolidation (high-dose methotrexate, ARA-C, mercaptopurine, etoposide) and allogeneic HSCT. TKI use as maintenance was only scheduled for pts with persistence or reappearance of MRD. By July 2020 the 30 scheduled pts were recruited. The response to therapy (complete morphological [CR], molecular [complete, CMR or major, MMR] after induction and before allogeneic HSCT) (assessed by centralized BCR-ABL/ABL ratio),event-free survival (EFS), overall survival [OS]) and toxicity are herein analyzed.

One hundred and two adverse events (AE) have been registered in 20 patients, 25 of whom were severe (SAE) and occurred in 14 patients, prompting to withdrawn of the trial in 3 (thrombosis of the central artery of the retina, severe bowel infection, grade IV aGVHD, one case each). The most frequent AE were hematologic (26%), gastrointestinal (15%), infections (10%), hepatic (8%) and cutaneous (5%). Cardiovascular events occurred in 2 patients (angor pectoris and thrombosis of central artery of the retina, one case each). 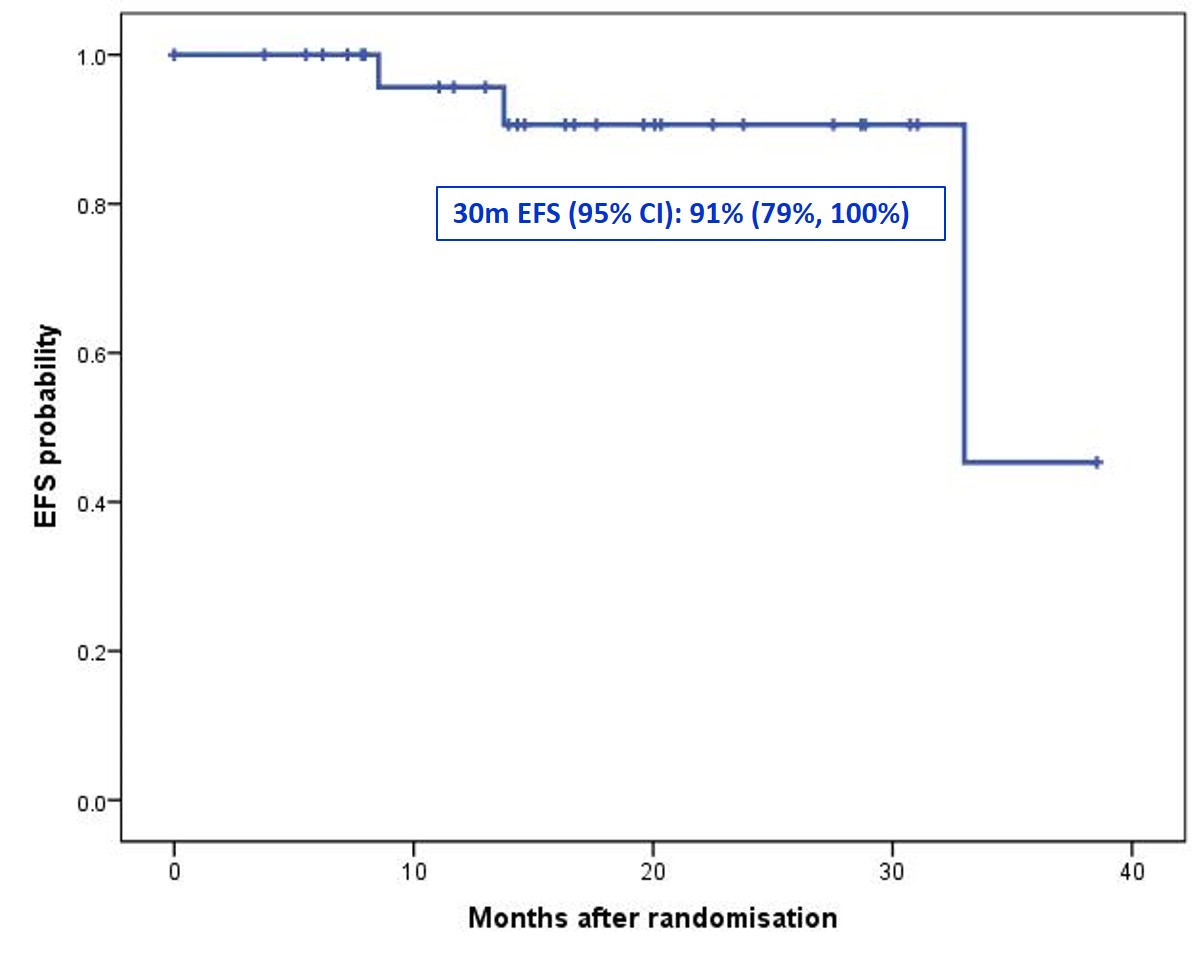