In a survival tree analysis including infiltrating T cells, LAG3+ CD3+ cells, Myc, and LDH, pts with Myc− status and normal pre-infusion LDH levels (n=16) had longer PFS compared with normal LDH and Myc+, and pts with LDH 1- to 2-fold or >2-fold above the upper limit of normal, with the latter group having a poor PFS.

Conclusions: Updated long-term data with 40 months median follow-up from the JULIET trial demonstrate sustained benefit in responding pts; in particular 80% of CR pts had a long-term OS (≥20 months). Taken together, the results suggest that Myc overexpression, or an unfavorable immunosuppressive TME with restricted T-cell response, may impact CAR-T cell efficacy in pts with DLBCL. 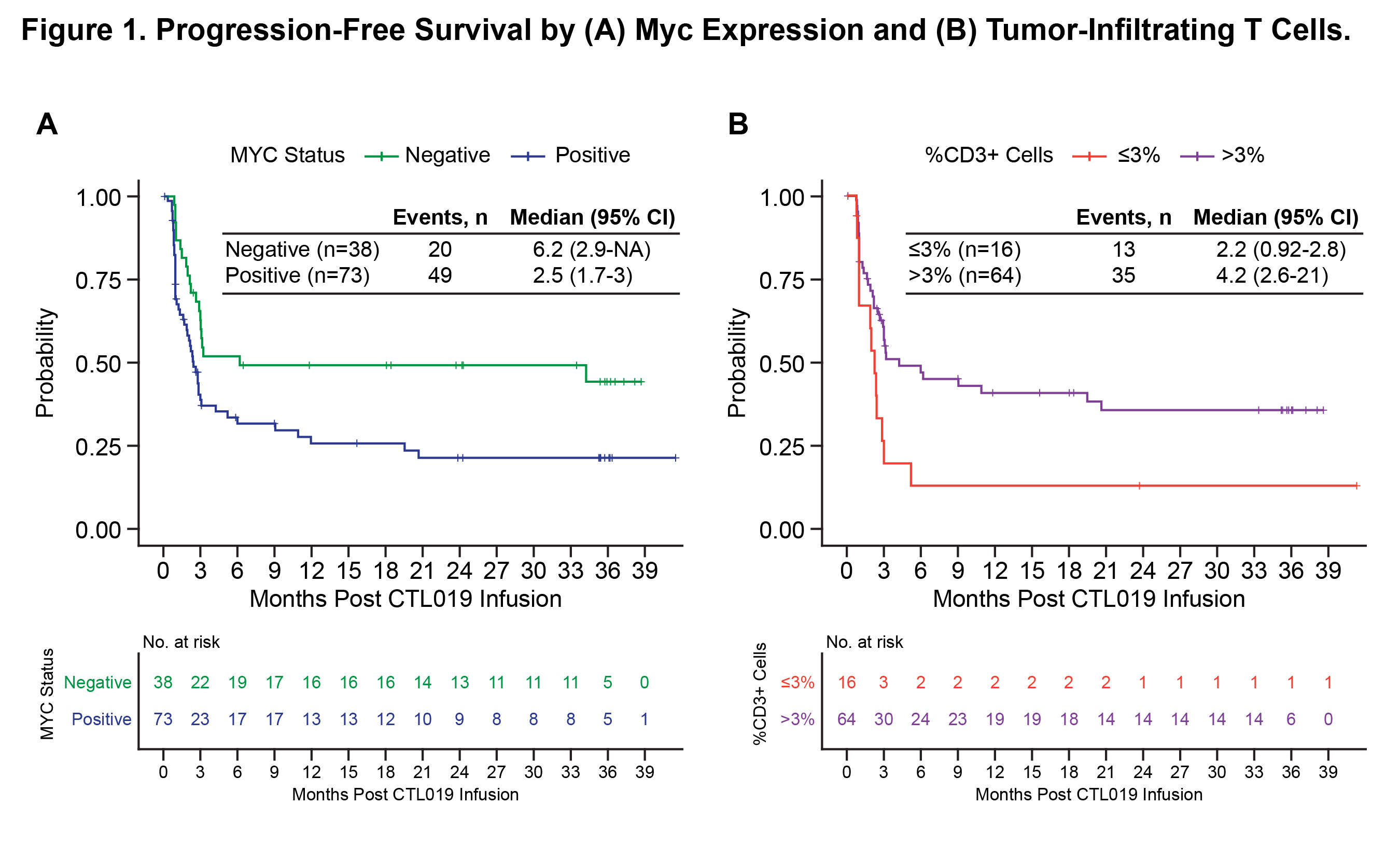