1214 R-CHOP14 As a Standard of Care in Primary Mediastinal B Cell Lymphoma: A 10-YEARS Experience of Lysa Centers

Introduction: Primary mediastinal B cell lymphoma (PMBL) is clinically and biologically distinct from the other subtypes of diffuse large B cell lymphoma (DLBCL), typically affecting young female patients (pts) with a bulky mediastinal mass. Standard treatment (TRT) is a combination of anti-CD20 antibody (Ab) and anthracycline-based chemotherapy. We aimed to compare patients’ outcomes after CHOP delivered every 21 days (CHOP21) or 14 days (CHOP14) or ACVBP combined with anti-CD20 Ab in real life.

Conclusion
These results confirm the favorable outcome of PMBL pts treated with CHOP14 and ACVBP plus anti CD20 Ab. The toxicity of ACVBP was more pronounced and CHOP14 was associated with a better OS. Baseline TMTV≥360cm3 is a highly predictive factor of unfavorable outcome in PMBL pts, independently of TRT. We recommend R-CHOP14 as standard of care in PMBL. 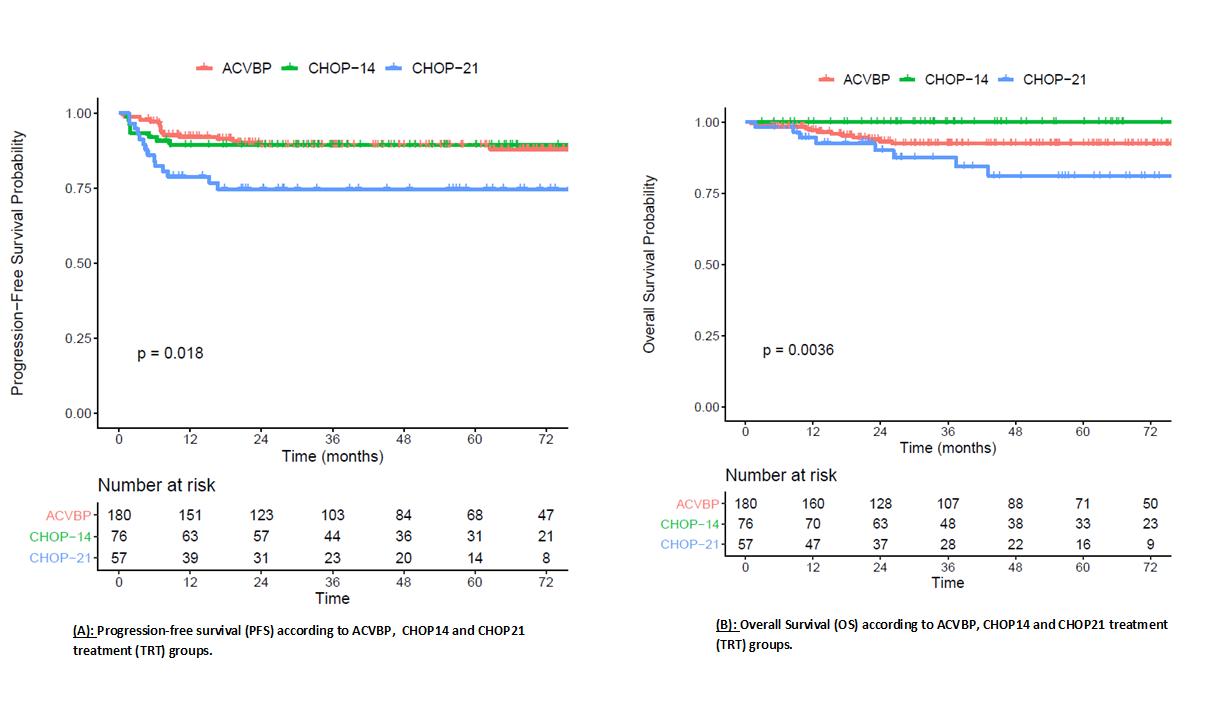