Background: Fit patients (pts) with mantle cell lymphoma (MCL) are commonly treated with immunochemotherapy and consolidative high-dose therapy + stem cell rescue (cHDT/SCR), yet this approach has not demonstrated an overall survival (OS) benefit in a randomized trial. Outcomes for pts with high-risk MCL (TP53 aberrancy, high proliferation index, blastic histology) after cHDT/SCR are poor, and not all pts with MCL are eligible for this approach.

MRD results were not obtained in 4 pts. Among 45 pts with MRD results, tumor clonal characterization for MRD evaluation was successful in 87% (39/45). MRD results are shown in Figure 2.

Conclusions: In a novel approach of sequential immunochemotherapy plus lenalidomide enrolling majority high-risk pts, outcomes for TP53-mutant pts were poor and we did not reach our primary endpoint of 3-yr PFS ≥75%. Among TP53-wt pts, this treatment program was highly effective even among pts with elevated Ki-67 (>=30%) and was associated with a high response rate, a 3-yr rate of PFS of 85%, and a high rate of MRD- at EoT.

A substantial proportion of pts converted to MRD- after receipt of R-HiDAC, highlighting the efficacy of cytarabine in MCL. There was a high rate of MRD- after induction chemoimmunotherapy (Len-R-CHOP + R-HiDAC) at 1E5 (97%) and at 1E6 (80%), and the latter predicted remission duration. Several pts converted from MRD- to MRD+ at 6-mos post-EOT and eventually relapsed, suggesting that a more prolonged period of maintenance may be beneficial. Finally, MRD at 1E6 at 6 mos following EoT predicted response duration. 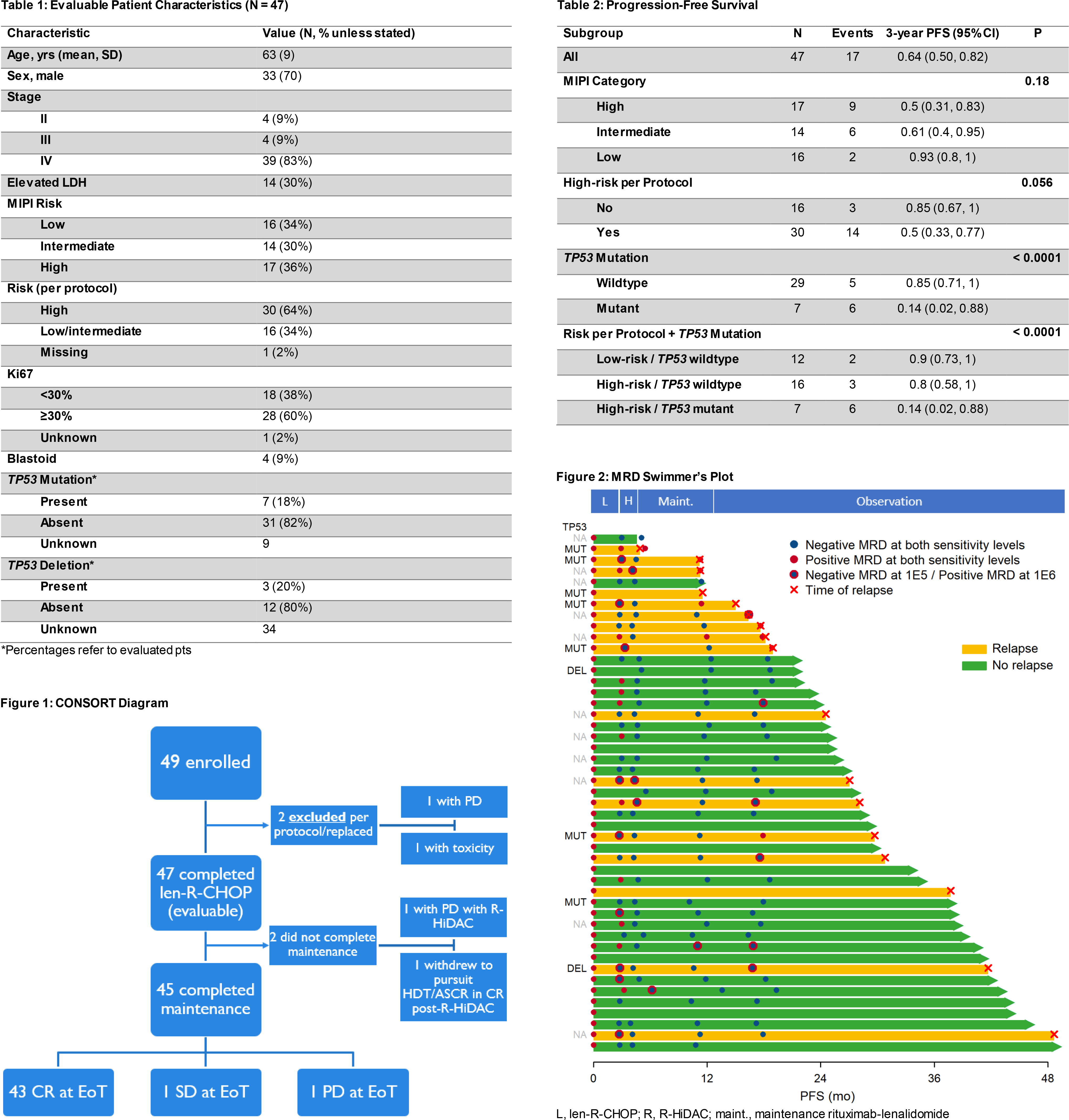