IgM paraprotein-associated peripheral neuropathies (PN) are a heterogenous group of disorders seen in patients with IgM MGUS and Waldenström’s Macroglobulinaemia (WM). Anti-myelin associated glycoprotein (MAG) antibodies are causally identified in ~50% of such cases, but other neuropathies with other IgM-targets are described, along with AL amyloidosis and cryoglobulinaemic vasculitis amongst others. Presence of neuropathy alone is typically not an indication for treatment, but progressive disability is. Due to their relative rarity and heterogeneity, the true prevalence and optimal management of these neuropathies is currently unclear.

Progression of PN occurred after an initiation period of clinical response in 7/34 (20.5%), necessitating re-treatment at a median of 4.3 years after frontline therapy. Median time to 2nd line therapy was 6.7 years, longer than for other WM treatment indications (p = 0.04).

IgM-related PN is a cause of morbidity for a significant proportion of patients with WM, with a prevalence of 13.7%. However, a third of cases occur in those with IgM MGUS and even very small clonal populations seem capable of causing disease but appear responsive to rituximab therapy. Patients typically have comparatively low systemic disease burden and low rates of CXCR4MUT, perhaps representing a more indolent phenotype or a product of earlier diagnosis. PN is frequently the sole indication for treatment, reflecting this. Clinical improvement or stabilisation was seen in 75% of treated patients, and attainment of ≥50% reduction in IgM (PR) and treatment with rituximab is associated with a more favourable outcome, whereas AL amyloid neuropathy appears to be more treatment resistant. 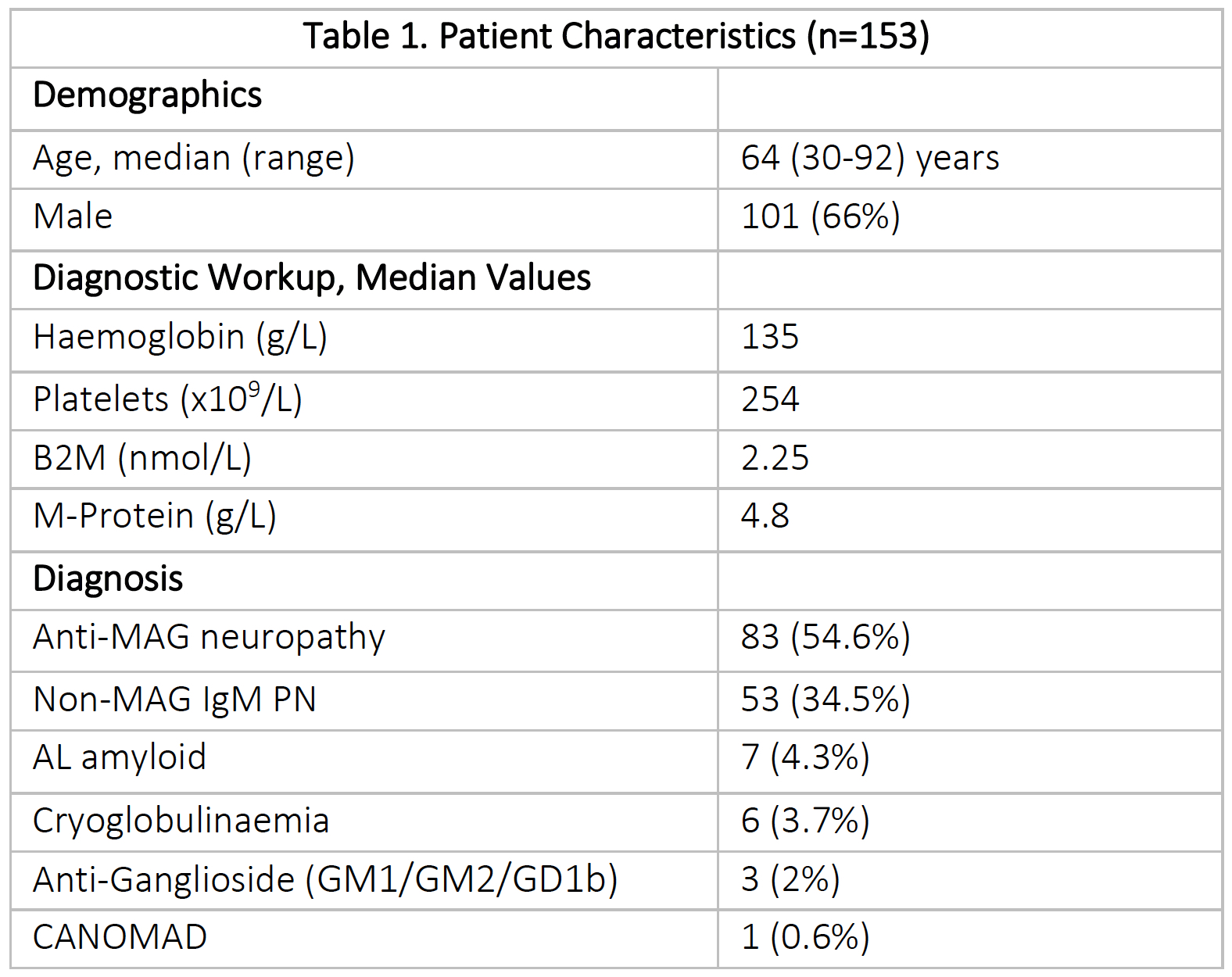