Background: Fatigue is common in patients (pts) with immune thrombocytopenia (ITP) and impacts quality of life (QoL). To improve clinical management of ITP, it is critical to understand the relationship between fatigue and pt characteristics, i.e. age, gender, duration of ITP, symptoms, platelet count, and therapy.

Aims: The ITP World Impact Survey (I-WISh) cross-sectional survey studied the burden of ITP and its impact on QoL using a global pt and physician (MD) sampling frame from 13 countries. This subanalysis explored prevalence of ITP symptoms in those pts reporting fatigue at diagnosis or at time of survey and any associations between last platelet count and fatigue severity at time of survey by gender. It also compared the social impact of ITP in pts with and without fatigue at time of survey.

Increased frequencies of depression and anxiety around unstable platelet count were observed in pts experiencing fatigue at time of survey vs those who did not, with more females than males experiencing fatigue also reporting depression (33% vs 25%). A bigger impact of ITP on social life was experienced by pts who reported fatigue at time of survey than those who did not (29% vs 14% reported ITP impact on social life ‘more than half of the time’ or ‘all the time’).

Conclusion: Pts reporting fatigue either at diagnosis or time of survey also had an overall increased symptom burden with disabling effects on QoL. Pts reporting fatigue had increased prevalence of depression and anxiety vs those who did not, at both timepoints. As described recently in other studies, no clear correlation was identified between fatigue and last platelet count or treatment at time of survey. Fatigue is an important part of ITP, but it may have a distinct underlying pathophysiology not directly linked to platelet count, e.g. platelet response to treatment. 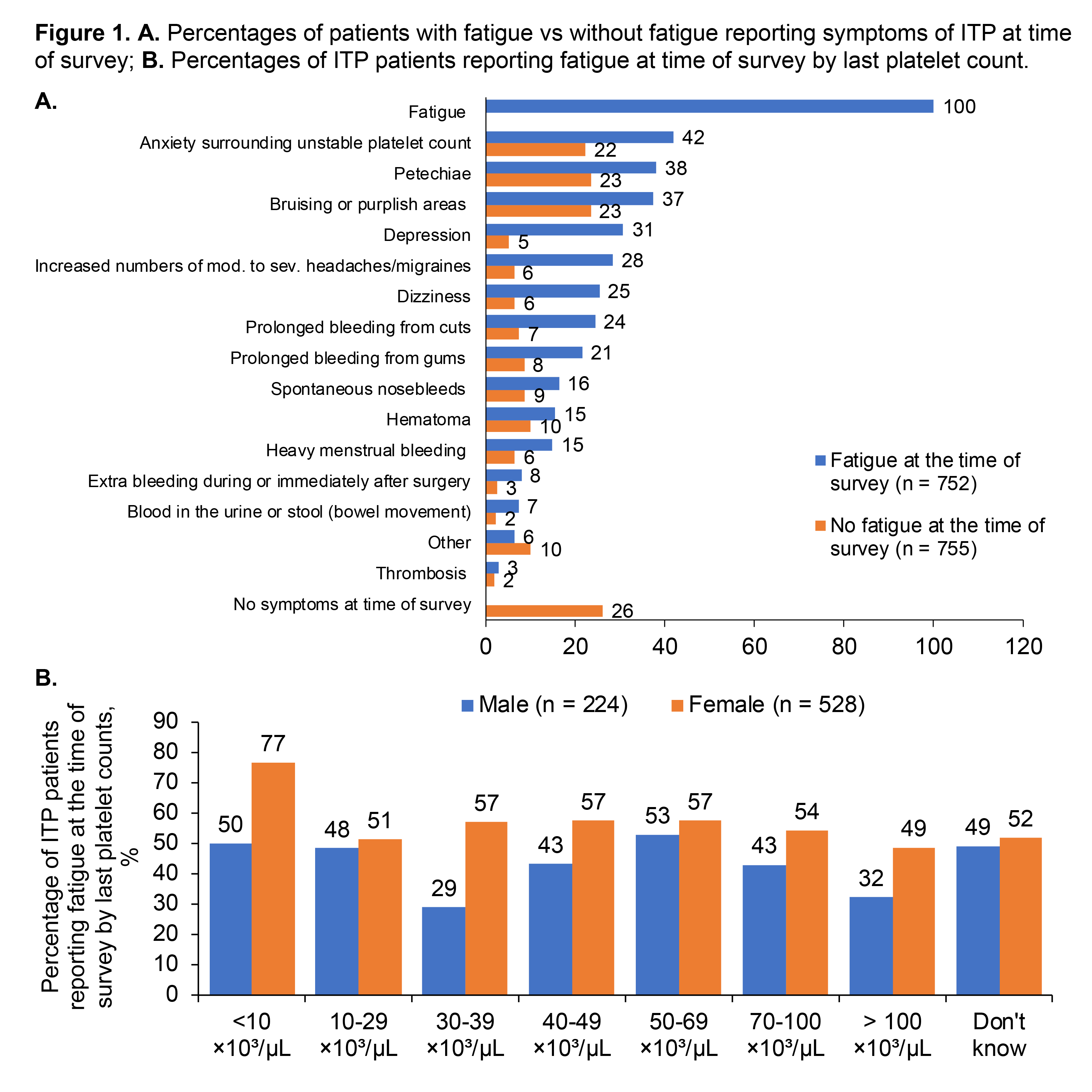