Introduction: Patients with T-cell lymphoma have variable clinical manifestations and outcomes depending on the histology and their response to therapies. However, the overall outcomes are not as good as their B-cell lymphoma counterpart with induction chemotherapy alone. Therefore, autologous transplant is often used as consolidation in first remission or at relapse because of the poor outcomes with conventional therapy. We have reported previously on Stanford experience of these patients who underwent autologous transplant before 2007 (BBMT 2008, 14:741). Here, we reported a retrospective review of patients in the modern era (2008-2018) with emphasis on the impact of pre-transplant disease status on outcomes and post-transplant relapse management.

Method: Between July 1, 2008 and July 31, 2018, 102 consecutive patients with T-cell lymphoma received high dose chemotherapy/autologous hematopoietic cell rescue at Stanford and constitute the study cohort (Figure 1). This study cohort was selected for adequate follow-up (>2 years) after transplant. Progression free survival (PFS) and overall survival (OS) was estimated from the date of transplant using the Kaplan-Meier method. PFS and OS were compared between groups with different pre-transplant disease status based on response to the last pre-transplant therapies (CR1 vs. PR1 vs. CR2). 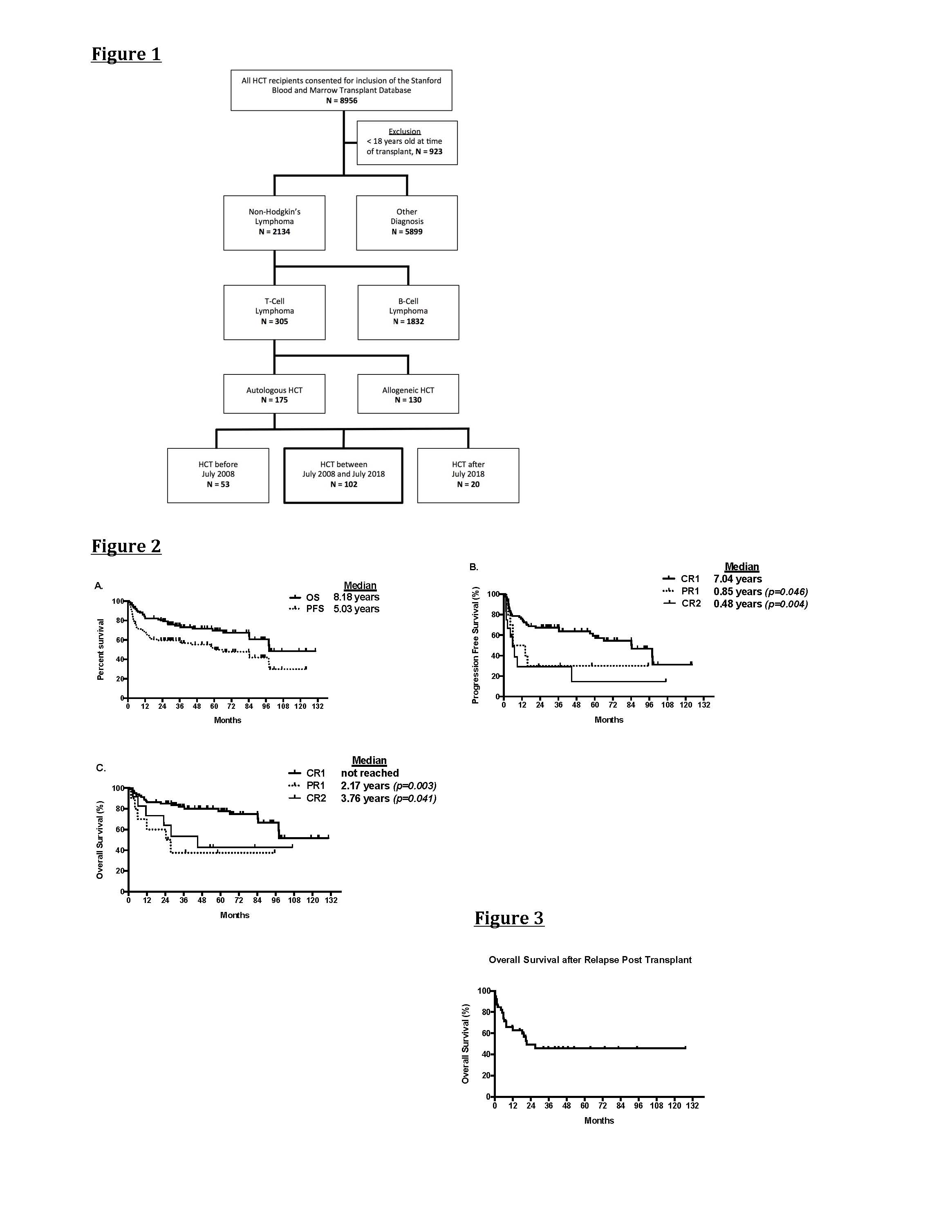