Introduction: Immunomonitoring of chimeric antigen receptor (CAR) T cells relies primarily on their quantification in the peripheral blood, which inadequately quantifies their biodistribution and activation status in the tissues. Non-invasive molecular imaging of CAR T cell therapy by positron emission tomography (PET) is a promising approach providing spatial, temporal and functional information. Reported strategies for PET-based monitoring of CAR T cells rely on additional manipulation of the cell product such as the incorporation of reporter transgenes or ex vivo biolabeling, which significantly limits the wider application of CAR T cell molecular imaging. In the present study, we assessed the ability of antibody-based PET (immunoPET) to non-invasively visualize CAR T cells in vivo.

Conclusions: We describe for the first time an immunoPET approach to monitor the in vivo dynamics of CAR T cell migration, expansion, and persistence that does not require the addition of reporter genes or ex vivo labeling, being therefore applicable to the clinical setting for the study of any commercially available and investigational CAR T cell products. 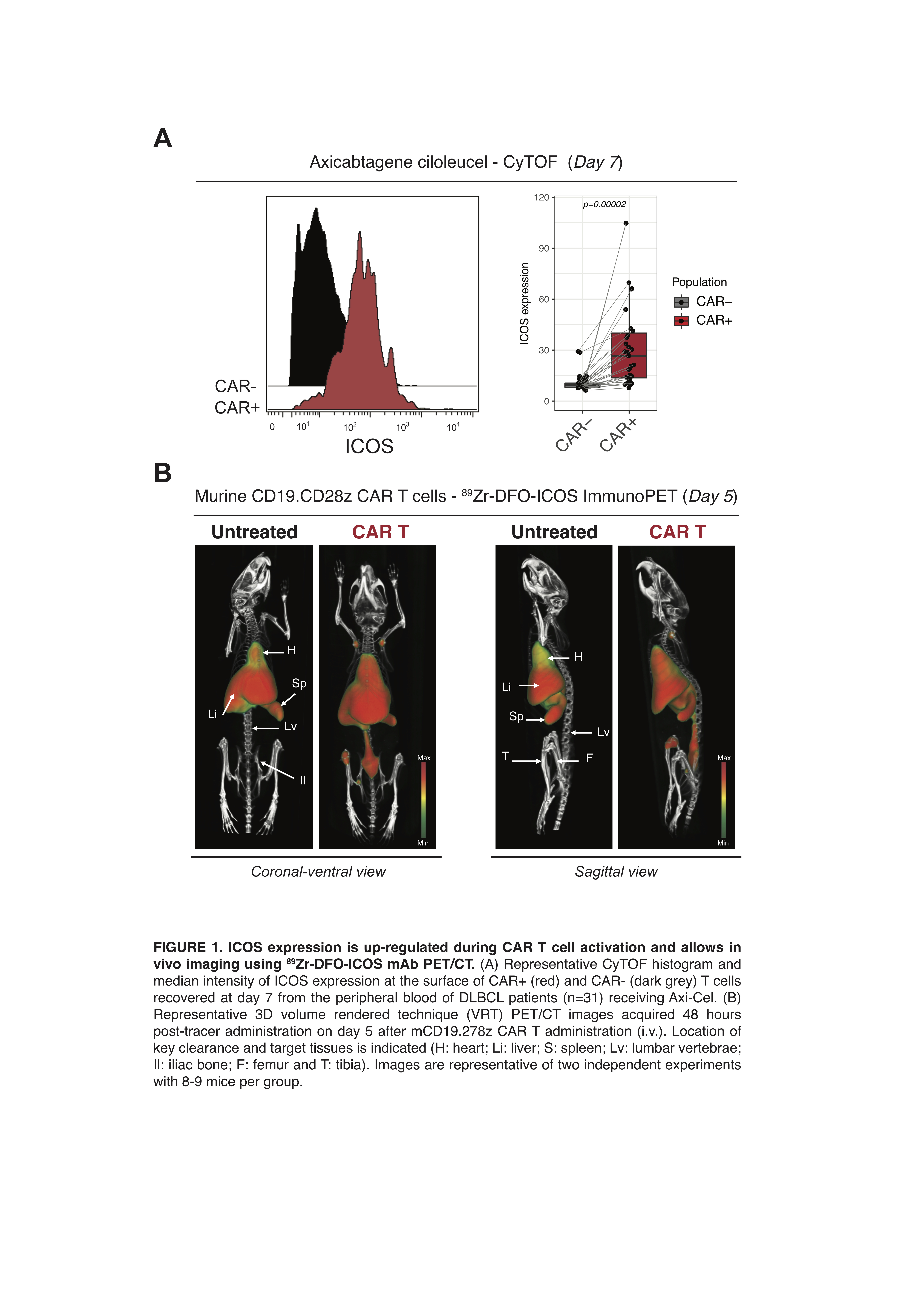