Introduction: Follicular lymphoma (FL) is considered an indolent yet incurable disease characterized by recurrent relapses: disease-free intervals shorten, and refractoriness increases with each relapse. Patients (pts) with FL who have received at least two prior systemic therapies typically have a poor prognosis. This is particularly true for those who have progression of disease within 24 months of front-line treatment (POD24), or are refractory to multiple agent classes; such patients are left with limited treatment options. Mosunetuzumab is a full-length, fully humanized immunoglobulin G1 CD20/CD3 bispecific antibody that redirects T cells to engage and eliminate malignant B cells. GO29781 (NCT02500407) is an ongoing open-label, multicenter, Phase I/Ib, dose-escalation and expansion study evaluating the safety, efficacy and pharmacokinetics of mosunetuzumab in pts with relapsed/refractory (R/R) B-cell lymphoma. Here, we present updated clinical data from pts with R/R FL treated with mosunetuzumab after at least two prior systemic therapies.

Methods: Data are presented from Group B, in which pts received intravenous mosunetuzumab monotherapy as step-up doses in Cycle 1 on Days 1 and 8 and the target dose administered on Day 15. Mosunetuzumab was given on Day 1 of each subsequent 21-day cycle for 8 cycles in pts with a complete response (CR), and up to 17 cycles in those with a partial response (PR) or stable disease (SD).

Conclusions: Fixed-duration mosunetuzumab monotherapy results in high response rates and durable disease control with a tolerable safety profile in heavily pretreated patients with FL, including known high-risk subgroups. Updated pharmacodynamics and biomarker data will be presented at the meeting. 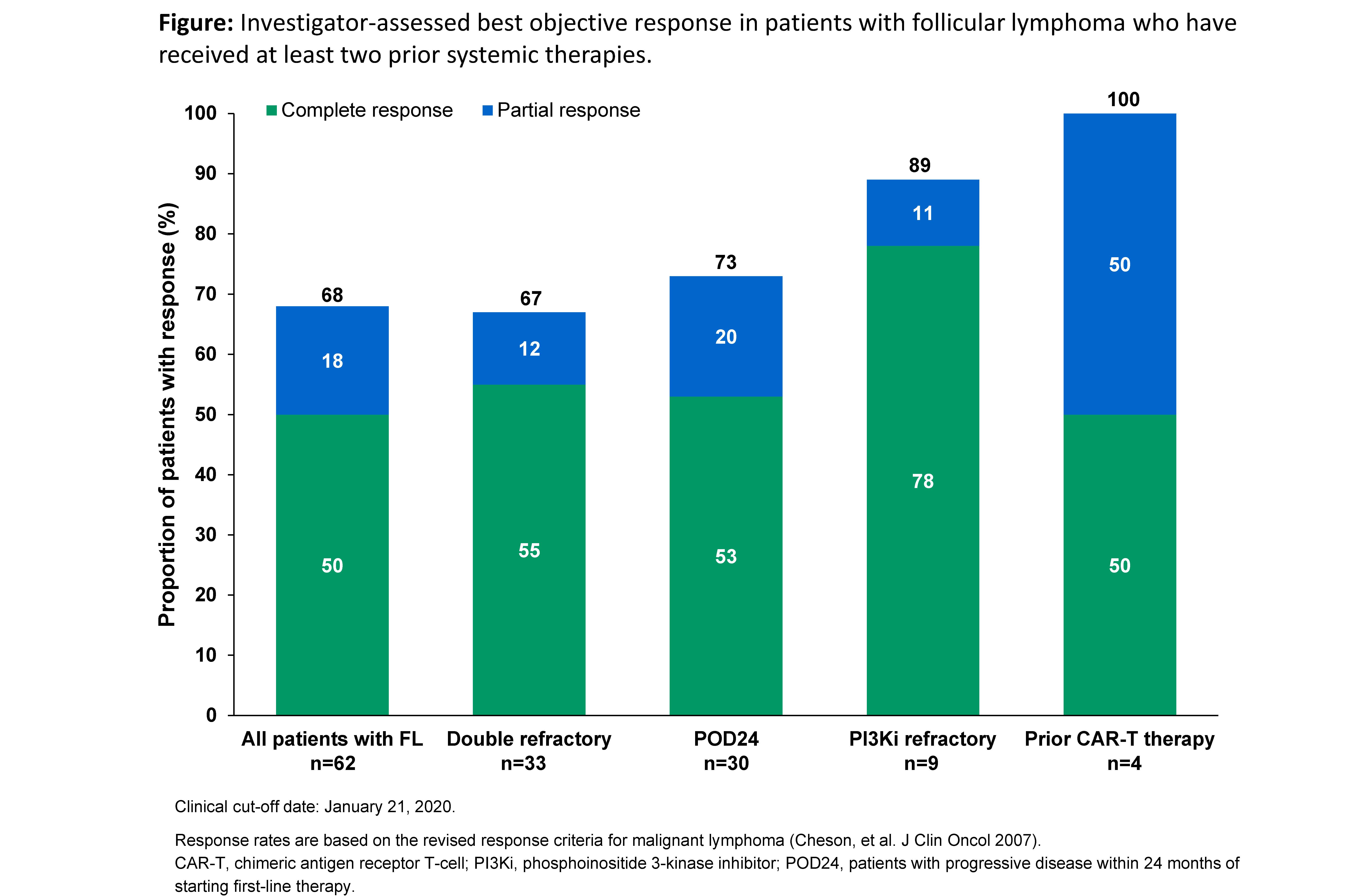