Background. BL is a rare, high-grade B-cell lymphoma that is often studied in trials with small sample sizes. Historical definitions of “low-risk BL” vary between studies, use arbitrary cutoffs for lactate dehydrogenase (LDH), and identify a small favorable group, leaving >80-90% of patients (pts) in an undifferentiated “high-risk” category. A validated prognostic index will help compare study cohorts and better define good-prognosis pts for whom reduced treatment would be appropriate vs a poor-prognosis group in need of new approaches. Herein, we constructed and validated a simplified prognostic model for BL applicable to diverse clinical settings across the world.

Conclusions. BL-IPI is a novel prognostic index specific to BL, which was validated to allow for simplified stratification and comparison of risk distribution in geographically diverse cohorts. The index identified a low-risk group with PFS >90-95%, which could be targeted with future strategies for treatment de-escalation. Conversely, only about 55-60% of pts in the high-risk group achieved cure with currently available immunochemotherapy. 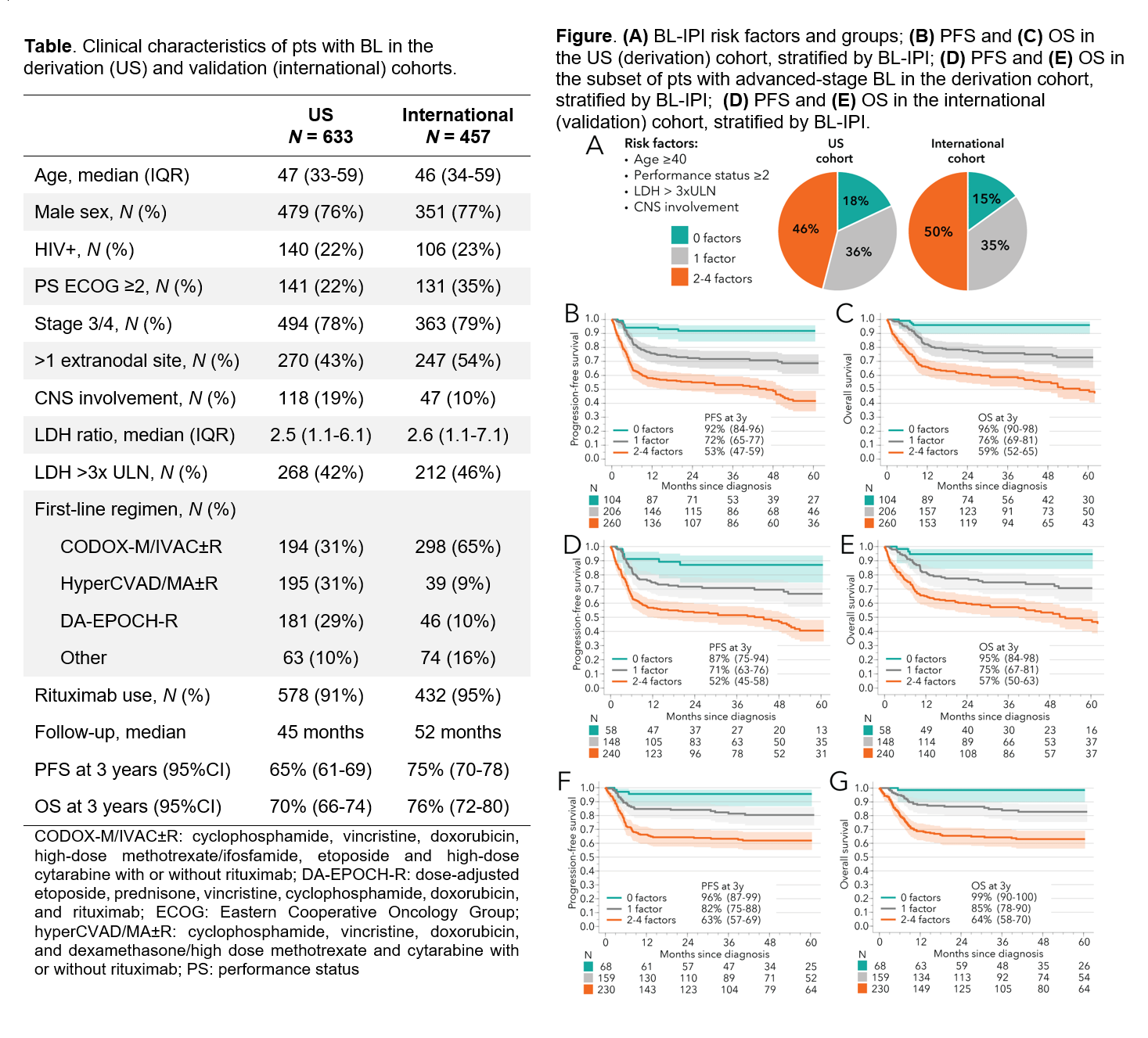