Conclusions: At a median exposure of 24.9 mo, cardiac AEs occurred infrequently in pts with CLL treated with acala monotherapy; only 0.9% discontinued treatment due to cardiac AEs. Among grade ≥3 cardiac AEs, 25% were reported during the first 6 mo on treatment. Most pts with cardiac AEs had pre-existing risk factors that may have contributed to their development. The incidence of afib with acala (4%) was comparable to that of the general CLL population (6.1%; Shanafelt TD, et al. Leuk Lymphoma. 2017;58:1630). These data suggest a low risk of cardiac AEs with acala treatment in pts with CLL. The safety of acala vs ibrutinib in pts with high-risk CLL will be investigated in the phase 3, randomized ACE-CL-006 trial (NCT02477696). 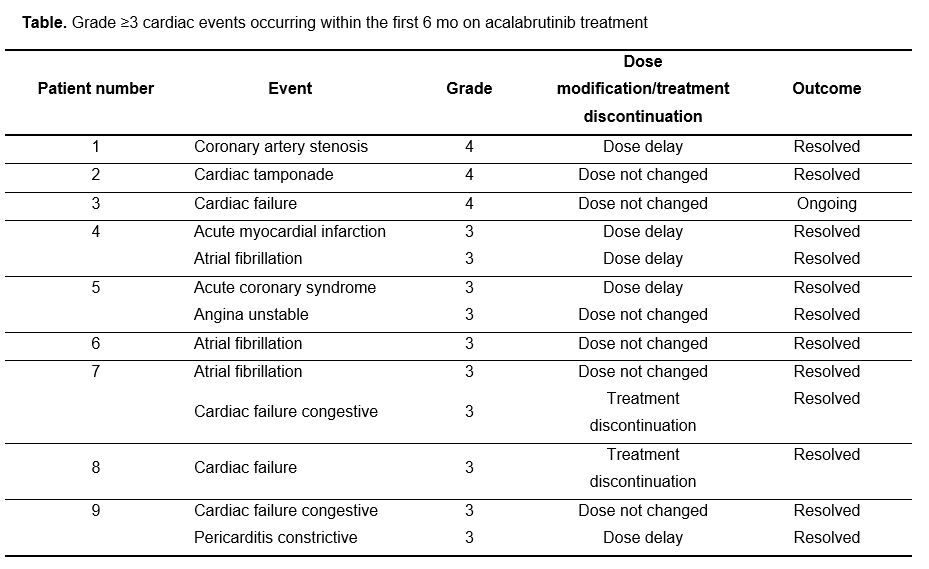