Backgroud: Waldenström macroglobulinemia (WM) is an uncommon indolent B cell non-Hodgkin lymphoma, which has heterogeneous clinical presentations and indications for treatment. Mostly the choice of first-line therapy is based on the individual patient’s characteristic and indications for treatment. In China, previous studies on WM are mostly from single-center with small sample size, limiting the information available on treatment and outcome patterns. To address this knowledge gap, we present data from an analysis based on a nationwide multicenter registry with 17-years follow-up. Our study focuses on the clinical presentation, first-line therapies, as well as outcome and prognosis of WM in China.

Methods: Patients diagnosed with WM between January 2003 and December 2019 at 35 academic hospitals in China, which have been entered in the database of the China Waldenström macroglobulinemia Registration (CWMG), were included in this retrospective study. Data including baseline clinical features, symptoms requiring treatment, treatment and survival were collected. The overall survival (OS) was defined as the duration from the diagnosis of WM to the date of death or last follow-up. 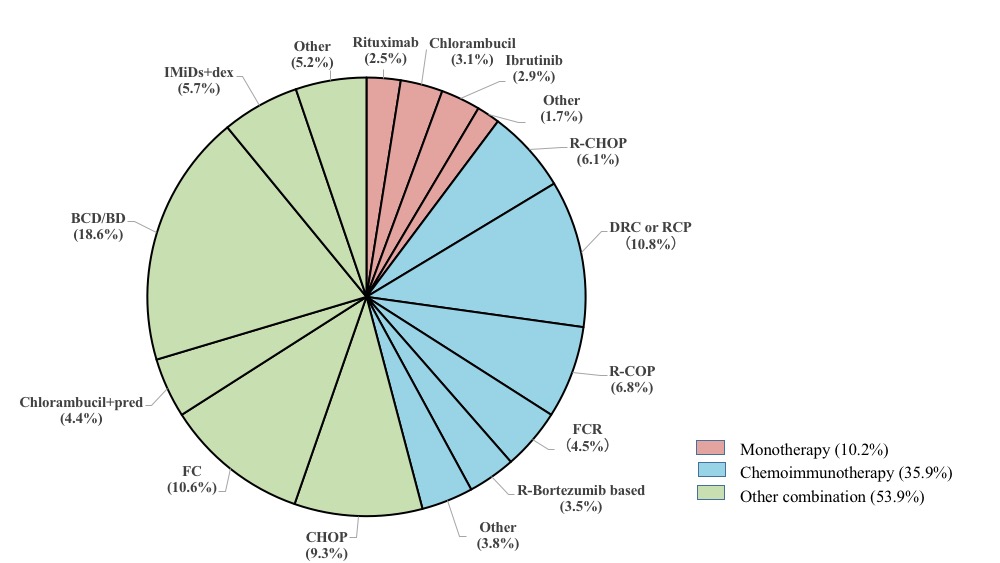