PI-based therapy is a standard of care for non-transplant NDMM pts. However, long-term treatment, which is associated with improved outcomes, is often challenging in the RW. This may be due to a number of factors, including the burden of repeated intravenous (IV)/subcutaneous (SC) administration, distance from treatment center, comorbidities, and toxicity (e.g. peripheral neuropathy [PN] with btz). With the aim of increasing PI-based treatment adherence and duration while maintaining quality of life (QoL), the US MM-6 RW, community-based study (NCT03173092) investigates a transition from IV/SC btz-based induction to all-oral ixazomib-based therapy (ixazomib-lenalidomide-dexamethasone, IRd). We report efficacy and safety, plus adherence and electronic pt‑reported outcomes (ePRO) compliance data, for the first 55 pts.

These preliminary data in mostly elderly, comorbid, NDMM pts treated in the RW, community setting indicate the feasibility, tolerability, and efficacy of transitioning to IRd after 3 cycles of btz-based induction. Toxicities appeared similar to previous ixazomib studies. With 73% of pts remaining on therapy and enrollment continuing, duration of therapy is promising, substantial improvements in response have been seen, and ePRO compliance/ medication adherence is high, indicating the feasibility and value of these evaluations. 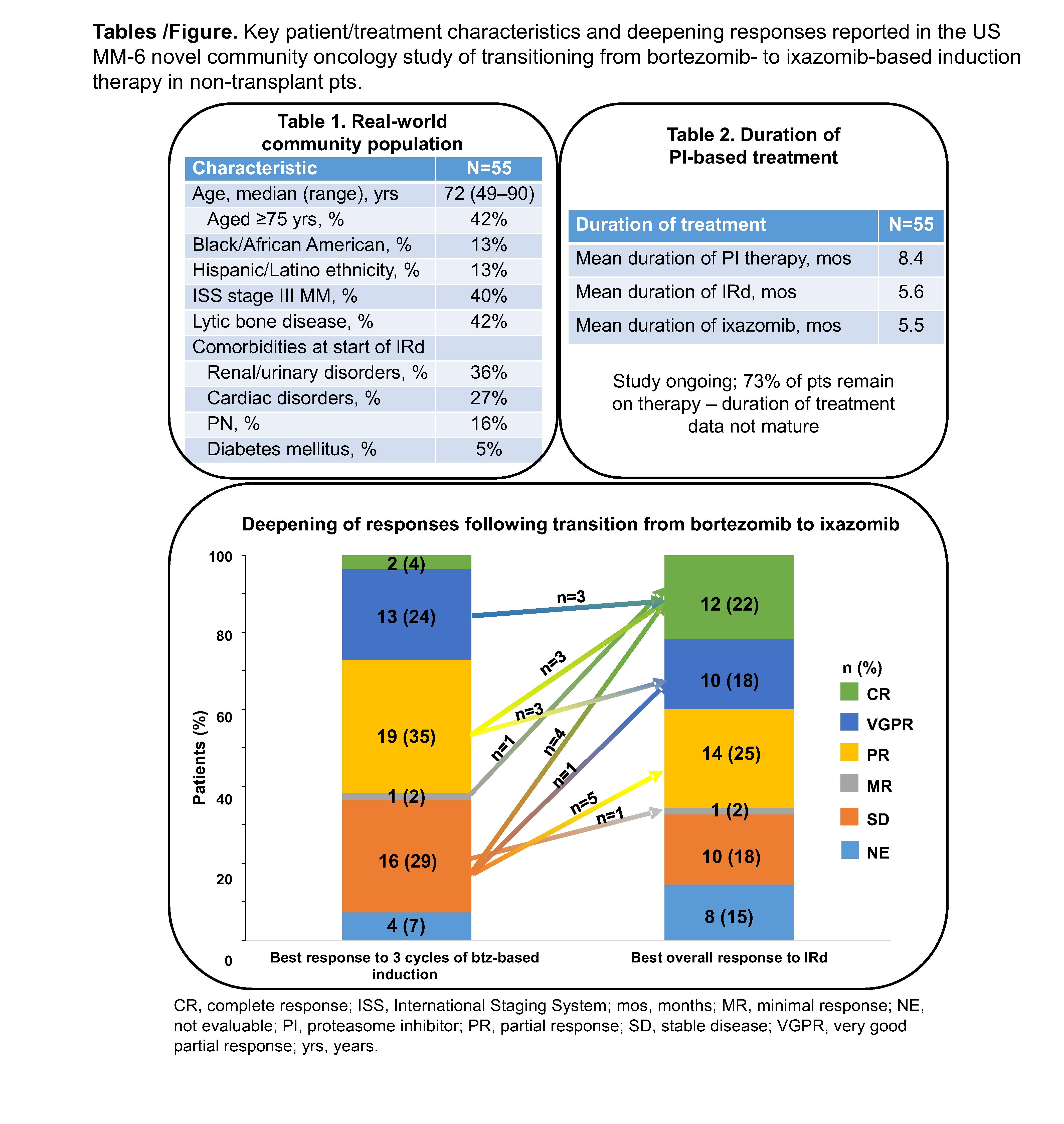