Multiple myeloma (MM), a malignant neoplasm of plasma cells in the bone marrow, accounts for up to 1.8% of all cancers in the U.S., most frequently affecting people 65-74 years old. A variety of therapies are available to manage MM, including stem cell transplantation (SCT), immunomodulatory drugs (IMiD), proteasome inhibitors (PI), monoclonal antibodies (mAB), and alkylating agents (alk). Given the heterogeneity of MM and the rapidly evolving therapeutic landscape, MM contemporaneous real-world treatment patterns are not well described. We examined the patient characteristics and first-line (LT1) treatment patterns in NDMM patients.

PI/IMiD treatment combinations were most commonly observed in both nSCT and SCT patients, with an increase in use from early (40%) to recent (56%) cohort in nSCT patients. Use of triplets, generally, is on the rise from early (60%) to recent cohorts (74%). LT1 TTNT was lower than has been shown in clinical trials. These findings indicate a notable change in treatment patterns over time in nSCT NDMM patients, highlighting the changing landscape of MM management. 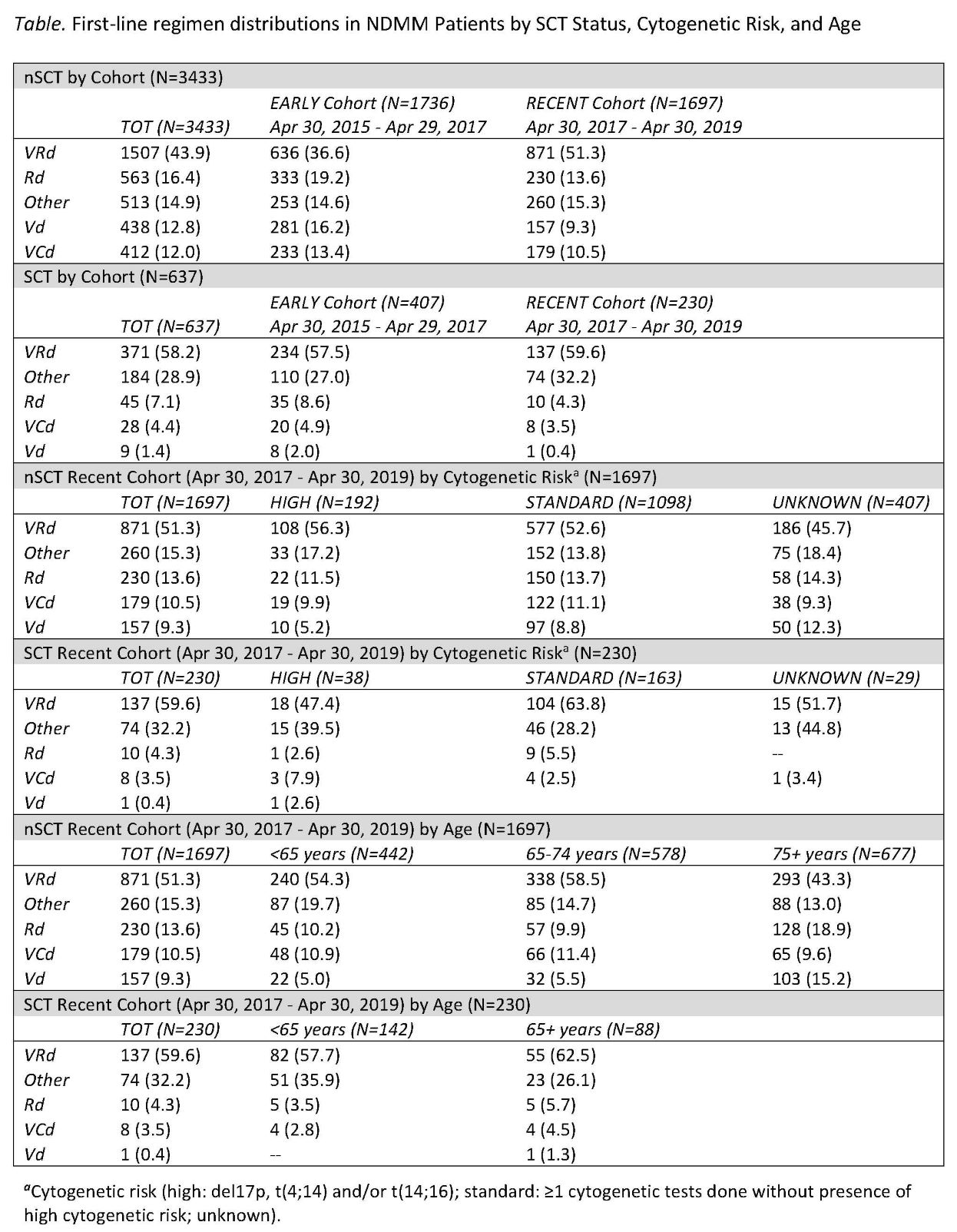