Methods: Eligible pts had RRMM and had received ≥ 3 prior regimens without prior BCMA‑directed therapy. In dose escalation, CC-93269 was administered intravenously over 2 hours on Days 1, 8, 15, and 22 for Cycles 1–3; Days 1 and 15 for Cycles 4–6; and on Day 1 for Cycle 7 and beyond, all in 28-day cycles. Dose escalation involved 2 stages: in stage 1, CC‑93269 was given in fixed doses; in stage 2, pts received a fixed first dose on Cycle 1 Day 1, followed by intrapatient dose escalation on Cycle 1 Day 8. Primary objectives were to assess the safety and tolerability of CC-93269 and define the maximum tolerated dose (MTD), non-tolerated dose (NTD), and/or recommended phase 2 dose (RP2D). Minimal residual disease (MRD) was assessed after clinical response in pt bone marrow aspirate samples by Next Generation Flow using the EuroFlow panel. MRD negativity was reported only if a minimum sensitivity of < 1 tumor cell in 105 nucleated cells was achieved.

Conclusions: CC-93269, a 2+1 BCMA TCE, shows a manageable safety profile and promising efficacy, including MRD-negative sCRs, in pts with heavily pretreated RRMM. The study continues to enroll in the dose escalation phase. Updated safety and efficacy data will be presented at the meeting. 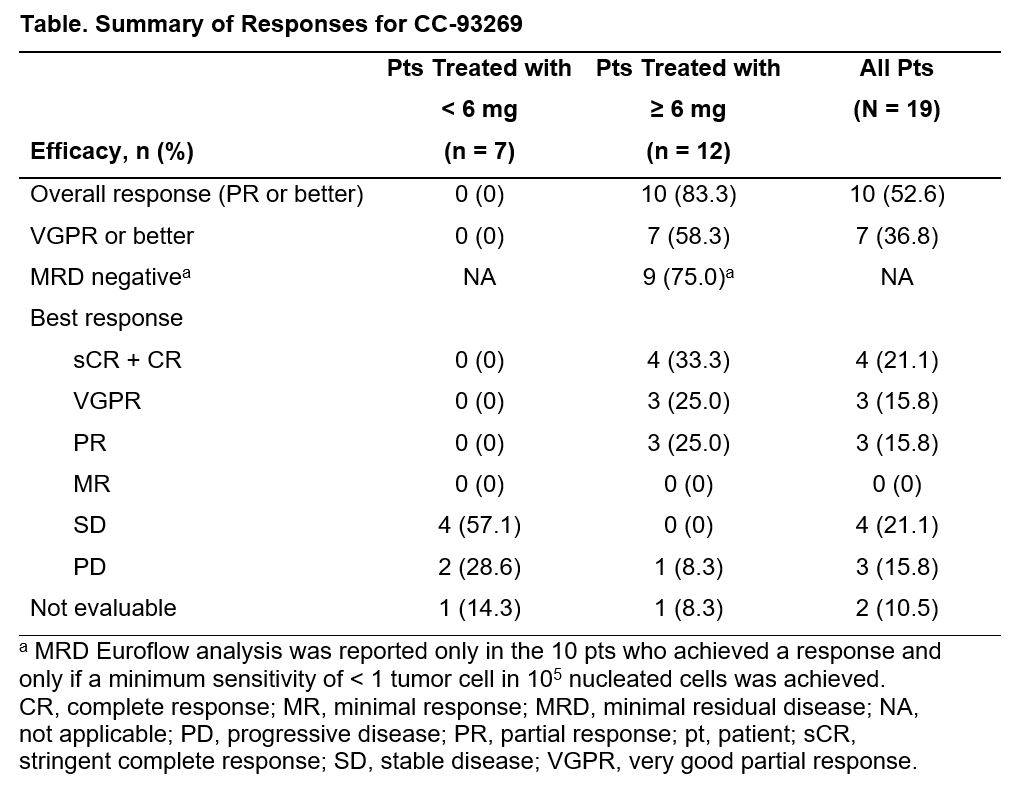