3115 Evolving Treatment Trends in Relapsed/Refractory Multiple Myeloma (RRMM) in Europe from 2016 to 2018: Analysis of a Multi-National Survey

Recently, treatment options for RRMM have increased substantially with multiple approvals of novel agents/combination, making the treatment algorithm increasingly complex, with changes driven chiefly by access to novel agents/regimens. Furthermore, patient (pt) and disease characteristics have a profound impact on treatment decisions. To understand the impact of recently approved novel regimens on real-world (RW) treatment patterns, we conducted a multi-national survey to investigate the management of RRMM across Europe.

Retrospective, anonymized data from RRMM pts, treated in academic or community hospitals/clinics in 8 countries were extracted from Jan 2016 to Dec 2018. Data were analyzed overall and for Germany, Austria, and Switzerland (DACH) vs other countries (Belgium, France, Greece, Spain and UK) due to differences in treatment access.

Key disease/pt characteristics associated with the selection of regimens at 2L and 3L are summarized in the Table. Prior IMiD treatment limited the use of IMiD-based therapy in subsequent lines. The use of KRd, IRd and DRd was mostly associated with ISS stage III, while the use of KRd was less frequently reported in pts with cardiac comorbidities. In pts with prior PI treatment, KRd and IRd (but not Kd) were more common at 2L, while DRd was preferred at 3L. A higher proportion of fit, young, or prior-SCT pts were treated with KRd or DRd, while IRd was the preferred treatment in pts with biochemical relapse.

Multiple drug approvals for RRMM in Europe have resulted in marked changes in the treatment algorithm, with a more immediate impact in countries with earlier access to new treatment options. Multiple decision drivers such as age, fitness, comorbidities and prior treatment are associated with uptake of different novel regimens at 2L and 3L. The increasing range of treatment options has resulted in pts receiving more lines of therapy for RRMM, highlighting the need for cautious planning of treatment sequencing to optimize the use of available combinations according to pt characteristics and disease factors. 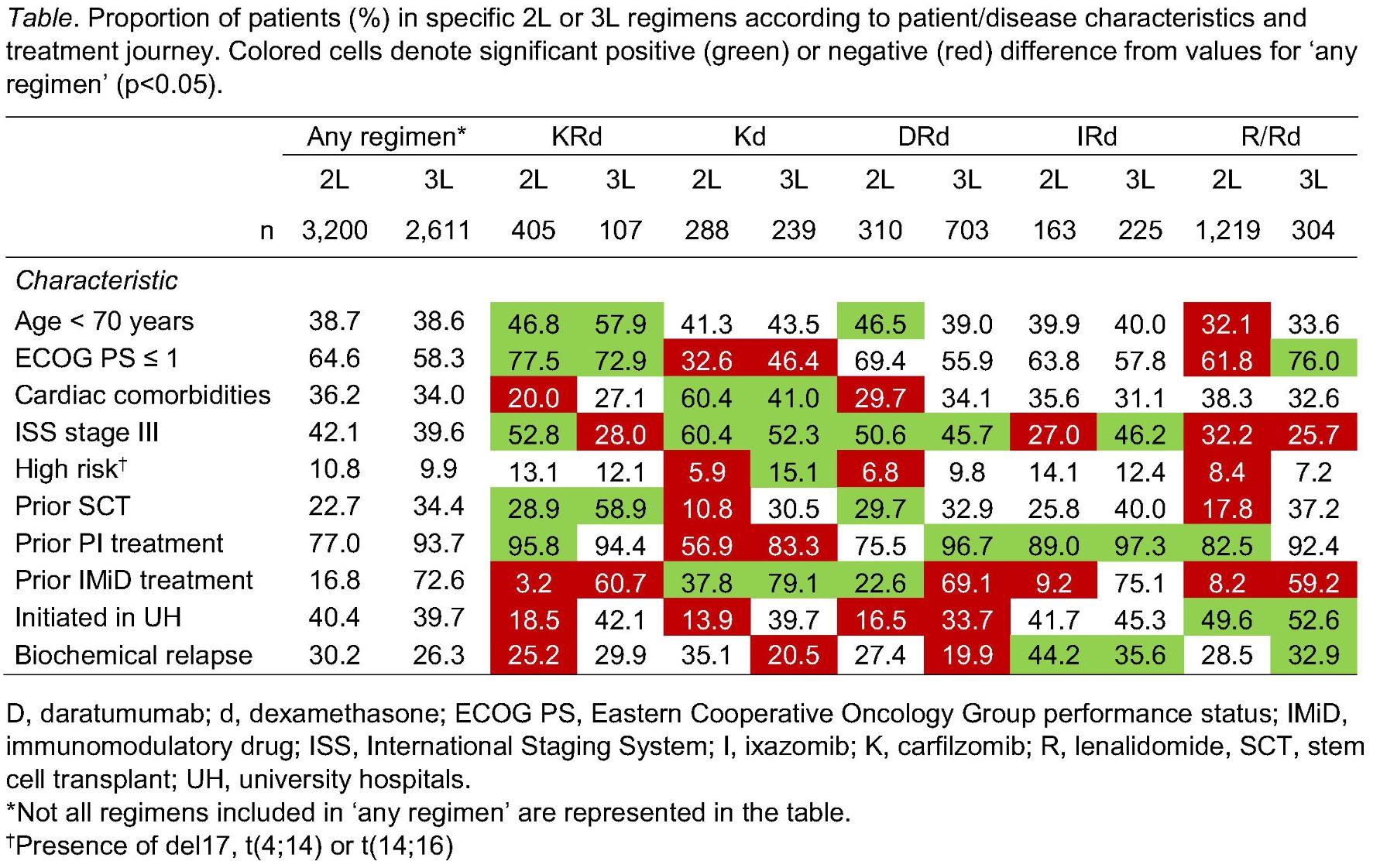