Background: DARA, a human IgGκ monoclonal antibody targeting CD38, is approved in combination with bortezomib, melphalan, and prednisone (VMP) and bortezomib and dexamethasone (Vd) for newly diagnosed MM (NDMM) and relapsed MM (RMM), respectively. CyBorD is a commonly used immunomodulatory drug-sparing regimen for MM. In the LYRA (NCT02951819) study, DARA plus CyBorD (DARA-CyBorD) demonstrated efficacy and a tolerable safety profile at the end of induction. Here, we present updated findings examining the effect of monthly DARA maintenance on the efficacy and safety of DARA-CyBorD in NDMM and RMM.

Conclusion: Maintenance with DARA monotherapy for 12 mo increased the >CR rate in NDMM and RMM pts, consistent with observations in prior studies that longer DARA treatment improves depth of response. Importantly, the increase in ≥CR rate was associated with durable PFS and OS. The 24-mo PFS rates in NDMM and RMM pts compare favorably with results for DARA-VMP and DARA-Vd in NDMM and RRMM, respectively. Safety profile was consistent with previous reports of DARA, with no new safety concerns observed with longer follow-up. These data indicate that DARA-CyBorD is a safe, effective MM treatment and that DARA maintenance increases depth of response and achieves durable remissions. 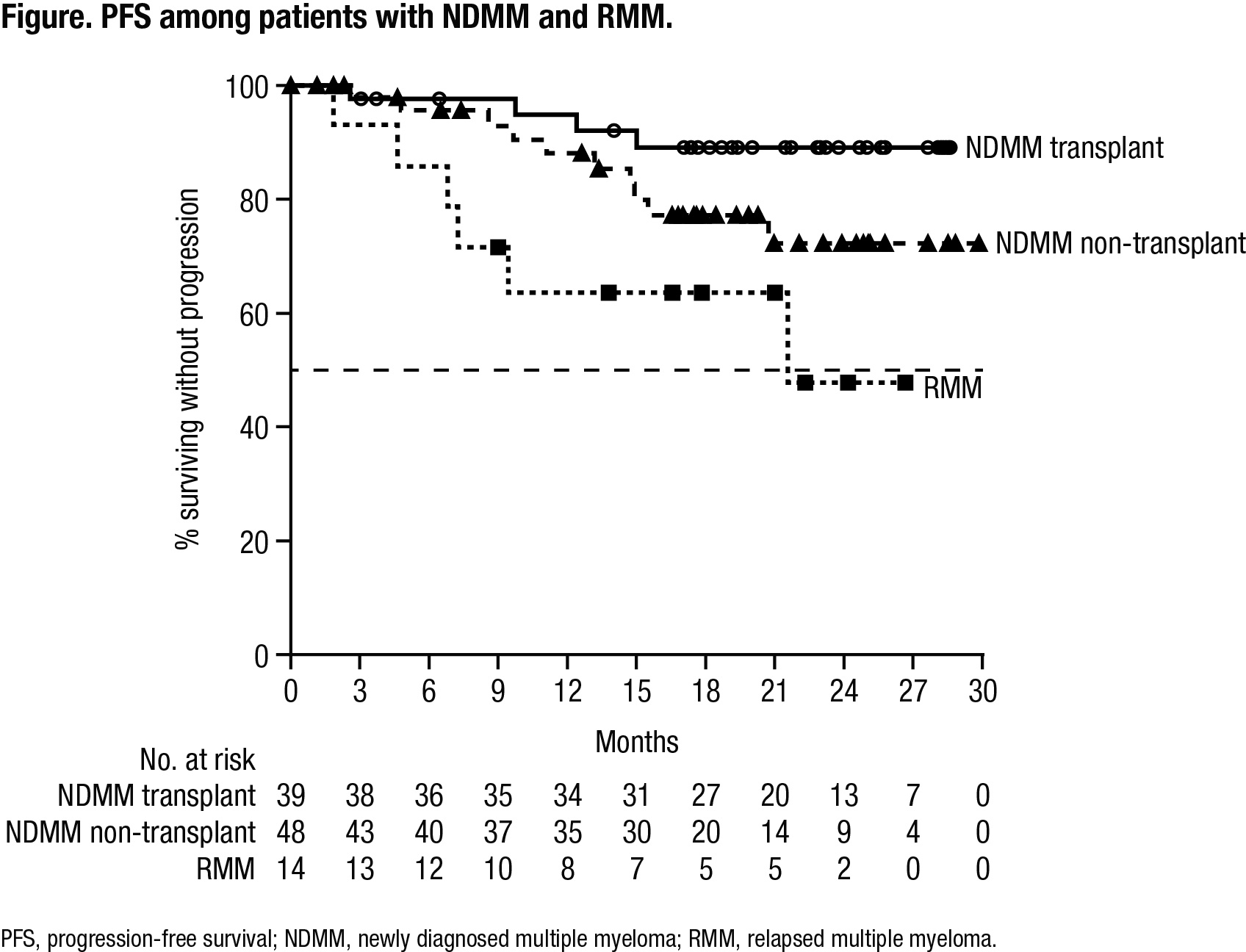